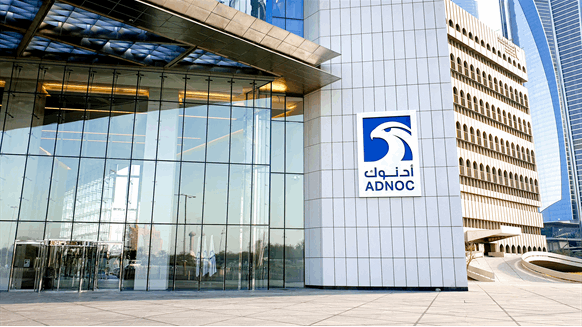 ADNOC reportedly is a potential contender to buy a local offshore oil-services firm that counts the state-owned crude producer among its major clients.

(Bloomberg) -- Abu Dhabi National Oil Co. is a potential contender to buy a local offshore oil-services firm that counts the state-owned crude producer among its major clients, according to people familiar with the matter.

Zakher Marine International is working with Bank of America Corp. as it weighs its strategic options, including a sale, said the people, declining to be named because the information isn’t public yet. The process is still at an early stage and the company may still decide against selling, they said. Other buyers may also emerge.

Established in 1984, privately owned Zakher provides services to the offshore energy industry and currently operates a fleet of more than 35 support vessels, according to its website. It wasn’t immediately clear what valuation the company would seek, the people said.

Bank of America and Adnoc declined to comment, while representatives of Abu Dhabi-based Zakher didn’t reply to several messages and calls seeking comment.

Oil-services companies have been under strain from the drop in crude prices and the coronavirus pandemic that have forced producers to slash budgets and cut back on drilling and new projects. Output cuts by OPEC and its allies have added to pressure. The downturn has made the firms that supply the industry potentially cheaper to acquire for cash-rich buyers.

Adnoc pumps almost all the oil in the United Arab Emirates, the third-largest producer in OPEC. Its maritime arm already expanded its fleet this year through the purchase of three large vessels.

Abu Dhabi is seeking to create a national champion in oil services by merging National Petroleum Construction Co. -- ultimately controlled by the emirate’s government through one of its investment vehicles -- and local rival National Marine Dredging Company PJSC.

The UAE’s top body for energy policy, Abu Dhabi’s Supreme Petroleum Council, this month also approved a 448 billion-dirham ($122 billion) budget for spending on oil and natural gas over the next five years.