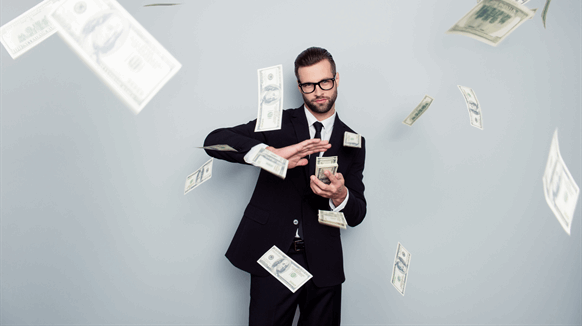 Warren Buffett's intervention in Occidental's $37B bid for Anadarko may tip the scales in the industry's biggest bidding war in decades.

In a stunning escalation of the two-week-old contest for Anadarko, Buffett’s Berkshire Hathaway Inc. on Tuesday disclosed plans to inject $10 billion into Occidental in exchange for preferred stock and warrants. The bombshell landed in the midst of Anadarko board deliberations about whether Occidental’s offer is superior to a lower but already agreed-to deal with Chevron Corp.

The arrangement was announced just two days after Occidental’s corporate jet flew to Buffett’s hometown of Omaha. It’s contingent on the deal for Anadarko closing and would be his biggest investment in more than three years aside from Apple Inc. It also answers the question about what to do with a swelling cash pile just ahead of Berkshire’s annual shareholder meeting this weekend.

Furthermore, the transaction is a major sign of approval for the future of the Permian Basin, the world’s largest oilfield, from an investor who has previously plowed dollars into oil refiners, drillers and Canada’s oil-sands.

The Occidental transaction follows Buffett’s classic playbook: Getting above-market rates on a preferred stake and the upside of stock options in exchange for the Berkshire seal of approval and a big check. In the past he’s lent his reputation to banks facing doubts about their capitalization, and now he’s backing a proposed acquisition bid that’s facing questions over its legitimacy.

Buffett’s imprimatur is apparently valuable to Occidental Chief Executive Officer Vicki Hollub: The 8 percent that’ll be paid out on the preferred shares is more than twice the average coupon on Occidental’s debt.

Chevron stuck to its guns following Buffett’s move. “We believe our signed agreement with Anadarko provides the best value and the most certainty to Anadarko’s shareholders,” Chevron company spokesman Kent Robertson said in an email.

The world’s fourth-richest individual is demanding a high price for his support, according to Leo Mariani, an analyst at KeyBanc Capital Markets. The preferred stock represents “rather expensive financing,” he said in a note to clients. The arrangement with the Oracle of Omaha also came as a surprise, Mariani added, given that Occidental previously said it already had lined up financing for the Anadarko deal.

But Buffett’s backing means that Occidental may avoid a shareholder vote, said David Katz, chief investment officer at Matrix Asset Advisors Inc., which manages $800 million including Occidental stock. "It seems like the CEO with the board’s support is going to do everything and anything to get the deal done."

For Buffett, it shows he can still find unique opportunities in an environment where he’s bemoaned the high prices for most companies. His annual shareholder meeting this weekend in Omaha is certain to feature questions about how he’d invest Berkshire’s cash, and he’s started laying the groundwork to increase share buybacks, an option he’s historically shunned.