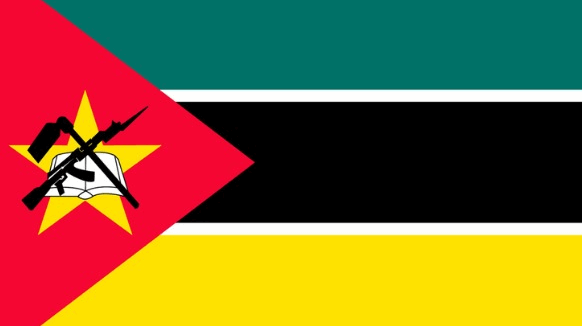 For more than a month, militants have occupied a town about 60 kilometers (37 miles) south of where Total is spending $20 billion to extract natural gas from below the ocean and export it to European and Asian customers. The violence is now creeping toward Total’s Mozambique LNG project in the far northeast.

Recent videos that appear to show abuses, including torture and executions of civilians, by Mozambique’s army suggest the Cabo Delgado province has become increasingly lawless. Total last month said it signed an agreement with the government for a joint task force to provide security to the project. Hundreds of Mozambican soldiers had already been guarding the site.

“The security situation in Cabo Delgado was at the core of the discussion between President Nyusi and Patrick Pouyanné,” a Total spokesperson said of the Sept. 12 meeting in Maputo, the capital. “The government of Mozambique recently reiterated its commitment to respect international humanitarian law.”

Two days after the meeting, a widely shared video of men in military uniform gunning down a naked woman caused a public outcry in the country. Amnesty International said it has verified the men as government soldiers and that the incident occurred near a town less than 100 kilometers from the LNG project.

A statement from the presidency about the meeting didn’t mention security. The Mozambican government has consistently tried to downplay the insurgency since it began nearly three years ago. The state has also rejected accusations by rights groups that its military is committing abuses and has blamed the insurgents for fabricating the videos.

The execution of the woman was carried out by the same forces who protect the natural-gas projects, according to the Center for Democracy and Development, a local non-governmental organization.

“There is no way to dissociate the LNG companies from this situation, as the army is in Cabo Delgado to protect above all the LNG projects,” Adriano Nuvunga, who heads the center, said in an interview.

“Total unequivocally denounces and condemns all forms of violence,” the company said. “The Group is concerned by the violence in Cabo Delgado, which affects local communities first and foremost.”

The memorandum of understanding the company signed with the government includes specific clauses to report, investigate and address any grievance closely or remotely related to the joint task force protecting the project, Total said. The agreement “includes very strict provisions on the respect of human rights,” it said in an emailed response to questions.