Venezuela Sanctions Likely to Hit Some US Refiners 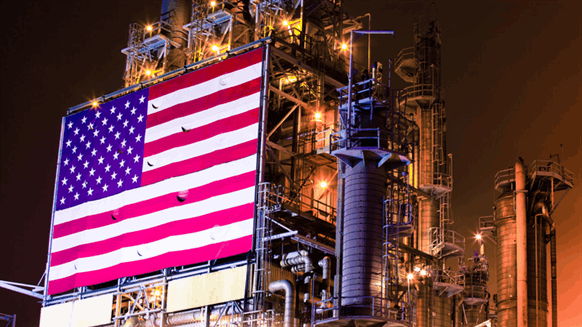 Refiners in Texas and Louisiana would be hard hit by sanctions on Venezuelan crude under consideration at the White House.

(Bloomberg) -- Refiners in Texas and Louisiana would be hard hit by sanctions on Venezuelan crude under consideration at the White House, a move that would leave U.S. oil companies struggling to find alternative supplies.

President Donald Trump recognized Juan Guaido as the interim president of Venezuela on Wednesday in the most provocative move yet against the leftist regime of Nicolas Maduro. Maduro responded by breaking diplomatic relations with the U.S., giving American diplomats 72 hours to leave the country.

The Trump administration has drafted a slate of sanctions but hasn’t decided whether to deploy them, said people familiar with the matter. Earlier this month, White House officials warned U.S. refiners that sanctions were being considered, and advised them to seek alternative sources of heavy crude. Some U.S. refiners worried about sanctions experimented with alternatives last year before ultimately returning to Venezuelan crude.

The hardest-hit would be Citgo Petroleum Corp., the refining arm of Petroleos de Venezuela SA, or PDVSA, the state-run oil company. Citgo imported the most Venezuelan crude in the first 10 months of 2018, followed by Valero Energy Corp.

Royal Dutch Shell Plc and Phillips 66 haven’t processed Venezuelan crude in their U.S. refineries since the U.S. imposed financial sanctions against the country and PDVSA in August 2017. Marathon Petroleum Corp., Total SA and Motiva Enterprises LLC cut intake by more than a half during that period, and as Venezuelan oil production slumped to the lowest levels seen since the 1940s.

Oil companies have urged the Trump administration not to limit imports of Venezuelan oil, warning the action could disadvantage Gulf and East Coast refiners designed to handle the country’s heavy crude, while also causing gasoline prices to rise.

Shutting off Venezuela imports would exacerbate a drought of the heavy, high-sulfur oil that’s preferred by Gulf Coast refiners and normally sells at a discount to higher-quality crude. Prices are already surging, after OPEC and its allies cut supply and the Canadian province of Alberta forced producers to do the same to stem global and regional gluts. Mars Blend crude rose to a five-year high versus the U.S. benchmark Wednesday, according to data compiled by Bloomberg, while the profit margin for processing Mexican Maya oil sank to the lowest in four years.

Alternatives aren’t readily available. Mexico, whose production is mired in a prolonged slump, has already increased shipments to the U.S. Gulf, surpassing Venezuela last year as the region’s top supplier. Meanwhile, Ecuadorean and Colombian crude often heads to the U.S. West Coast, leaving American refiners competing with each other.

Refiners have told allies in the White House and on Capitol Hill that a unilateral crude oil ban will disadvantage U.S. refiners without advancing U.S. policy objectives in Venezuela, because India, Russia and China will continue buying the country’s oil, according to two people familiar with the discussions.

Profit margins for turning heavy crude into gasoline and diesel have slumped to the lowest level in more than a year. If refiners can’t find affordable replacements for Venezuelan oil, they may be forced to reduce production rates, according to a person familiar with the matter. That could push up fuel prices, something that the U.S. president has been particularly sensitive to.