Venezuela Oil Lines Up Off China 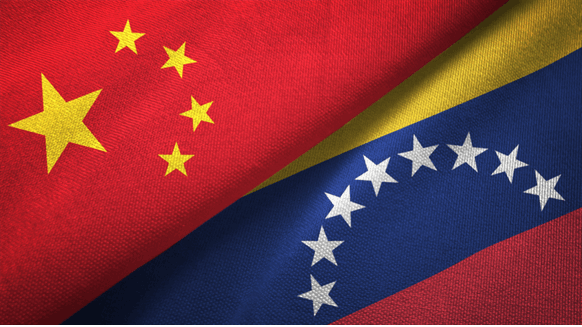 Venezuela's oil exports have collapsed since the U.S. placed sanctions on its state producer, but some crude from the OPEC member is still making its way to buyers in Asia.

(Bloomberg) -- Venezuela’s oil exports have collapsed since the U.S. placed sanctions on its state producer, but some crude from the OPEC member is still making its way to buyers in Asia.

Officially, China hasn’t imported any Venezuelan crude since September after Washington sanctioned state entities including Petróleos de Venezuela, S.A. Information from data intelligence firm Kpler, however, signals the Asian nation is still buying, with as much as 3.3 million barrels waiting off the Chinese coast as of June 15 and another 5 million en route to the port of Qingdao. It remains unclear, however, if all of these shipments will eventually end up in China.

The data suggests that some traders are still willing to run the risk of contravening U.S. sanctions as Venezuelan oil has become so cheap. The grades are also particularly favored by Asian refiners with plants well-suited to handle its heavy-sour quality at a time when supplies of similar-type crude have tightened due to the OPEC+ output curbs.

In order to get Venezuelan oil to buyers, traders use inventive methods to disguise the cargo’s origin. Most of the Venezuelan crude headed for China is on tankers that picked up their shipments via ship-to-ship transfers in the Malacca Straits, rather than from Venezuelan ports directly, said Kpler’s analyst Sean Tan.

China’s Ministry of Commerce wasn’t able to comment on the matter. An official from the press office of General Administration of Customs said the cargoes in question may not clear customs, or haven’t arrived in China.

In early-April, a very-large crude carrier Voyager I called at two ports in Venezuela before sailing to the Malacca Straits, one of the world’s most important waterways that connect China to its biggest suppliers.

It was there that the oil was transferred to the tanker Pola, which set sail for China early this month. The laden vessel was last seen off the major Chinese storage hub of Zhoushan on June 17, according to ship-tracking data.

While ship-to-ship transfers of oil from larger supertankers to smaller vessels are commonplace for the supply of cargoes to shallower ports, it’s also often used to obscure the origin of cargoes. The method involves two tankers positioning alongside each other at sea with connection hoses, moving oil from one vessel to the other.

Earlier this week, a Suezmax tanker and a VLCC indicated a fall in draft at ports near Zhoushan and Ningbo respectively, according to ship-tracking data. The vessels were transporting some Venezuelan oil, Kpler said.

Another two supertankers with Venezuelan Merey crude were sailing toward Singapore after waiting off China for some time as of June 15, said Kpler’s Tan. According to ship-tracking data, the vessels didn’t register any decline in draft while waiting near China, suggesting they may still be laden with oil. Separately, 7.5 million barrels of Venezuelan oil is estimated to be floating off Singapore and Malacca Straits, Tan added.

“Venezuela’s heavy-sour crudes with their high residue content is a very well-liked feedstock among Chinese refiners,” according to Serena Huang, a senior analyst at market analytics firm Vortexa Ltd.

Grades such as Merey and Hamaca are typically high in sulfur and yield a large portion of bitumen and heavy fuels when refined, making them a cheap feedstock for refineries with sophisticated units. The crude can produce a lot of products that simply go into road projects and construction, said Eugene Lindell, senior oil analyst at JBC Energy in Vienna.

As China’s economy reopens and government stimulus jump-starts industrial activity and infrastructural spending, domestic demand for fuels as well as bitumen are set to get a lift. In March, the country’s Ministry of Transport called for accelerated road construction projects. Shortly after, China’s bitumen output saw a 16% surge in April to a record 4.86 million tons.

“Bitumen margins have been quite strong since late last year and as China accelerates resumption of economy, demand is very much supported,” Yuntao Liu, London-based analyst with Energy Aspects said in email. Moreover, the country’s demand for heavy crudes is also expected to get some support from the blending of bitumen into very-low sulfur fuel oil, a fuel predominantly used by ships.