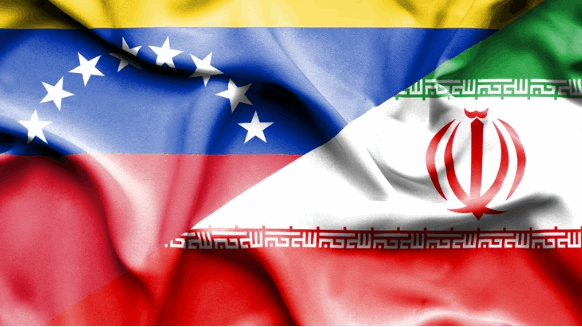 An oil tanker is discharging Iranian condensate for Venezuela as both countries continue to avoid US sanction tripwires.

Bloomberg) -- An oil tanker is discharging Iranian condensate for Venezuela as both countries continue to avoid U.S. sanction tripwires.

The ship is identified in internal documents as Honey, according to a report and a person with knowledge of the situation. The tanker’s actual name is Horse, according to a document. The Iran-flagged supertanker, which turned off its satellite signal on Aug. 7, started unloading about 2 million barrels of South Pars condensate at Venezuela’s state-controlled port of Jose on Saturday.

The cargo will most likely be used by the state oil company Petroleos de Venezuela SA to blend with Venezuela’s tar-like crude and help prop up production in the Orinoco oil belt.

OPEC founding member Venezuela, owner of the world’s largest oil reserves, has been struggling to stave off a fall in production after U.S. sanctions cut off access to equipment and buyers for its oil. Output slumped to 339,000 barrels a day in July, the lowest level seen since the 1910s, according to OPEC and government data compiled by Bloomberg.

This is the first time Venezuela has imported crude from Iran, although it’s imported gasoline. It’s also the country’s first oil import since April 2019, when it got a parcel of Nigerian oil Agbami to mix with its heavy oil and produce flagship Merey 16, the country’s top exported blend.

The ship Horse is registered to the National Iranian Tanker Company, which is already sanctioned by the U.S. government. Its last known position was near Fujairah, off the coast of the United Arab Emirates. Before sailing to Venezuela it turned off its transponder, a practice that has become common among tankers heading for Venezuela.

Imports are used to offset Venezuela’s declining production of light oil, used to make Merey, or to act as a diluent and blend with viscous types of crude to make them more marketable.

The U.S. has been ratcheting up sanctions, leaving little room for companies to work with the regime of President Nicolas Maduro.

Last month, the U.S. seized four tankers carrying Iranian gasoline bound for Venezuela in an unprecedented move by the Trump administration. The tankers were transporting 1.116 million barrels of petroleum, confiscated after help from “foreign partners,” the Justice Department said at the time. The White House declined to comment on the latest import.

So far this year Tehran has supplied 1.5 million barrels of gasoline to PDVSA and food for the first Iranian supermarket in the South American nation.

A shortage of gasoline is forcing Venezuelans to queue for hours and even days, while Caracas is hit by rationing. The prospect of worsening fuel shortages and increased social unrest in the country has PDVSA grappling to revive a refining network crippled by years of mismanagement.

--With assistance from Arsalan Shahla.