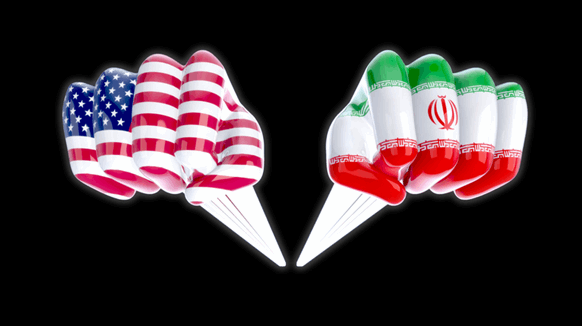 Drones have been downed and tankers attacked in the Persian Gulf as U.S.-Iran tensions raise fears of war around a critical oil chokepoint.

(Bloomberg) -- Drones have been downed and tankers attacked in the Persian Gulf as U.S.-Iran tensions raise fears of war around a critical oil chokepoint. But any conflict between rivals might actually start in the one country where both sides have forces on the ground: Iraq.

After two wars with America since 1990, a brutal civil conflict and the rise of Islamic State more recently, about 5,200 U.S. troops are stationed in Iraq -- amid thousands of Iranian-backed Shiite militias, controlled by officials in Baghdad sympathetic to Tehran.

That complicated reality leaves Iraqi officials in a difficult situation as they navigate security ties with the U.S. and their political and religious links to Iran, according to Ali Vaez, director of the Iran Project at the International Crisis Group.

“The Iraqi government cannot afford to alienate either side,” Vaez said in a phone interview from Washington. “That is exactly why now it finds itself between a rock and hard place.”

So far direct conflict has been avoided, and open warfare is unlikely given greater U.S. firepower, but it’s an uneasy lull. The U.S. pulled non-emergency staff from its embassy in Baghdad -- its largest and most expensive mission in the world -- and closed its consulate in Basra late last year as officials worried that Iran was undermining Iraq’s central authority, as well as Washington’s influence. The consulate remains closed.

Exxon Mobil Corp. temporarily evacuated its foreign employees from a camp near the West Qurna-1 oil field in Basra in southern Iraq after a nearby rocket attack. In June, rockets hit an official compound in the northern Iraqi city of Mosul and the Taji Military camp near Baghdad, both of which house American military advisers, according to local press reports.

“Our primary concern is the extent to which noncompliant militias, more loyal to Tehran than Baghdad, undermine the Iraqi prime minister’s legitimate authority, prey on ordinary Iraqis and destabilize the fragile communities recently liberated from ISIS control,” Mulroy said.

Iran’s influence with Iraq was highlighted on Monday when Iraq’s Prime Minister Adel Abdul Mahdi met with Iran’s President Hassan Rouhani in Tehran and discussed ways to defuse the ongoing crisis in the region. In the latest flare-ups, Iran said it will execute a group of alleged CIA-trained spies, while Tehran and London remain in a standoff over a pair of seized oil tankers.

Caught in the middle, the Iraqi government “tries to control the situation” by being a “calming factor” in the region, said Raid Fahmi, an Iraqi lawmaker with the Shiite leader Moqtada al-Sadr-backed Saeroon alliance. “If the situation escalated and moved to armed clashes, then this could have consequences. Iraq could become part of the conflict because there are political parties” that would consider this as “their battle against the U.S.,“ he said.

Iranian officials regularly tout their access to top Iraqi officials as well as their ability to travel the country openly, a stark contrast to American diplomats and administration officials who usually remain hunkered down.

When Rouhani visited Iraq in March, he met with Grand Ayatollah Ali al-Sistani, the country’s most revered Shiite cleric. President Donald Trump, who earlier this year angered Iraqi lawmakers by saying U.S. troops in the country were needed to keep “watch” on Iran, visited American forces northwest of Baghdad in December but didn’t meet with any top Iraqi officials.

For Iran, Iraq is a strategic link in its regional policy that pits it against the U.S. and America’s allies, including Saudi Arabia and the United Arab Emirates. The Iranians have backed Syrian President Bashar al-Assad and the Shiite Houthi rebels in Yemen in regional proxy wars, and bolstered ties with Qatar -- which hosts a key U.S. military base -- after the emirate was economically isolated by a Saudi-led bloc of nations two years ago.

Fereydoun  |  July 24, 2019
There’s little likelihood of a direct or classic war between US and Iran. However the battle could be proxy, though real soldiers from both countries might be fighting. By now, Iran has well realized that its less difficult to fight American soldiers than to fight US treasury. As such Iranians are now increasingly prefer to fight the US though not inside Iran.