US to Brief Diplomats on New Gulf Maritime Plan 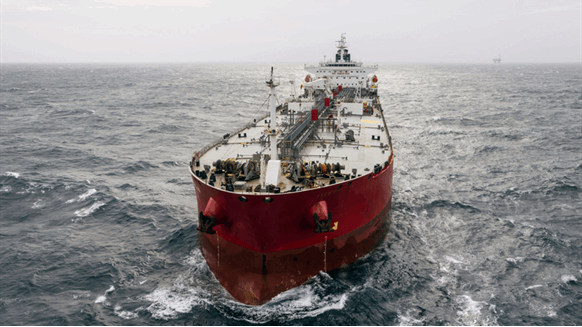 The U.S. plans to brief foreign diplomats based in Washington this week on a new maritime security initiative to protect shipping in the Middle East.

(Bloomberg) -- The U.S. plans to brief foreign diplomats based in Washington this week on a new maritime security initiative to protect shipping in the Middle East, following a spate of attacks on tankers in recent months.

U.S. Central Command has been working on a plan to deter threats to shipping in the Persian Gulf, the Strait of Hormuz and the Gulf of Oman, according to Brian Hook, the U.S. special representative for Iran.

“When I was in the Gulf, I heard very clearly the need for enhanced maritime security,” Hook said at an Axios event on Tuesday. “The Secretary has heard it, when he and the president were at the G-20, there were conversations about it,” he said, referring to Secretary of State Mike Pompeo and President Donald Trump.

In May and June, six tankers were attacked just outside the Gulf. About one-third of the world’s seaborne crude and fuels passed through the Strait of Hormuz last year, highlighting its key role in global oil markets. While Iran has been blamed for attacks on merchant shipping, it has denied responsibility.

Hook said the strategy to safeguard shipping lanes would be unveiled at a joint briefing with the Department of Defense on Friday. He cautioned that any effort would need the support of other nations to be successful.

“Most of the oil that flows through the Strait finds its way to Asia,” Hook said. “It’s very important for like-minded nations in the region to play their part.”

The U.S. is trying to put together a coalition “over the next couple of weeks” that would provide naval escorts to commercial shipping, General Mark Milley told a Senate hearing on July 11.

Geopolitical tensions in the region have escalated since the U.S. stepped up sanctions against the Islamic Republic over the last few months.

A small oil tanker that had gone missing in the Persian Gulf had technical difficulties and was towed into Iranian waters for repairs, an Iranian foreign ministry official said earlier on Tuesday, according to the ISNA news agency.

--With assistance from Daniel Flatley and John Hughes.