US Slaps Rosneft With Sanctions for Venezuelan Oil-Trade Ties 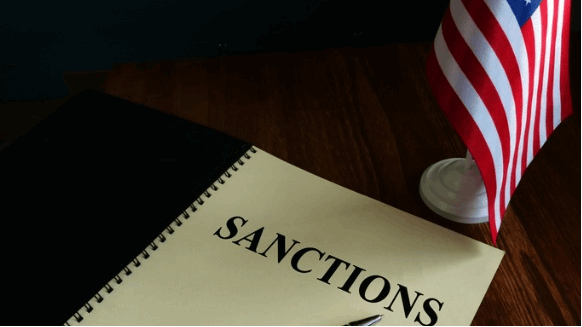 The move represents the latest escalation in the Trump administration's campaign to oust Nicolas Maduro.

The Treasury Department’s Office of Foreign Assets Control is acting against Rosneft Trading SA, the company’s Swiss-incorporated brokerage firm, as well as its Chairman Didier Casimiro. The U.S. restrictions come with a three-month wind-down period that expires May 20.

The move represents the latest escalation in the Trump administration’s campaign to oust Maduro and rally international support behind Venezuelan opposition leader Juan Guaido. For the oil market, it means disruption and increased legal costs for companies, though the wind-down period gives operators time to adjust to the new regime.

Rosneft didn’t immediately respond to requests for comment. The Russian government said the sanctions will not affect its international relations with Venezuela or any other country.

Rosneft is handling over half the oil coming from Venezuela and helping the country evade sanctions, according to U.S. officials who briefed reporters on condition of anonymity. Rosneft recently facilitated a shipment of 2 million barrels of Venezuelan oil to West Africa, one of the officials said.

Rosneft has been evading sanctions by using ship-to-ship transfers to obtain Venezuelan oil, a U.S. official said. In other cases, they’ve changed names on ships to avoid detection, or lied about the source of the oil.

The sanctions affect assets in the U.S. But those engaging in transactions with Rosneft Trading and Casimiro worldwide run the risk of being sanctioned, an official said.

The restrictions are more narrowly targeted than Washington’s 2018 sanctions against metals group United Co. Rusal, which threw global aluminum markets into turmoil. Tuesday’s sanctions don’t prohibit deals with Rosneft Trading’s parent company or its other units, the Treasury said in a Q&A. That assurance, together with the three-month wind-down period, should limit the disruption to the flow of oil from Russia.

Existing U.S. sanctions already prohibit providing financing to Rosneft for longer than 60 days, meaning that traders have for several years been wary of striking longer-term deals with the Russian company.

President Donald Trump personally signed off on the sanctions and Secretary of State Michael Pompeo discussed the matter on Saturday with Russian Foreign Minister Sergei Lavrov, an official said.

In the wake of U.S. sanctions on Venezuela, Russia has become the second-largest source of American oil imports. The nation’s crude and oil product exports to the U.S. climbed to 20.9 million barrels last October, the highest since November 2011, according to U.S. government data.

Rosneft is currently subject to some U.S. market-sector sanctions, although those measures aren’t as far-reaching as the sanctions against businesses associated with the Maduro regime and don’t prevent Rosneft from entering into transactions for Venezuelan oil.