US Shale Suffering From Sustained Contraction 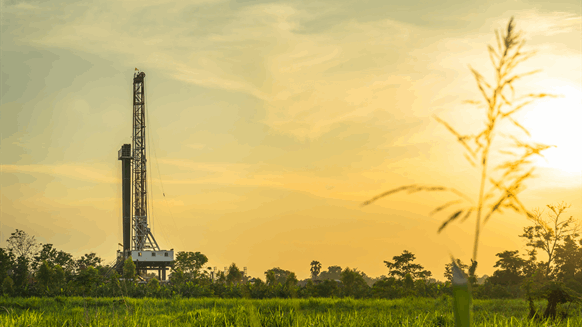 Slower output growth would have global ramifications, given additional US barrels are forecast to account for most of the increase in 2020 worldwide supply.

(Bloomberg) -- U.S. shale oil fracking has already peaked and is in a period of sustained contraction, according to two major providers of services to the industry.

That view from Halliburton Co. and Schlumberger Ltd. signals an eventual deceleration in U.S. oil production, which is currently at record highs. Slower output growth would have global ramifications, given additional American barrels are forecast to account for most of the increase in worldwide supply this year.

The oil services industry has cut thousands of jobs in the U.S. and scrapped unwanted fracking equipment in recent months as shale companies slash spending in a bid to generate free cash flow amid a stagnant oil market and slumping natural gas prices. The deep retrenchment indicates a lack of conviction that demand will ever recover to previous highs.

Halliburton said Tuesday it’s slashing its own spending by 20% from last year to $1.2 billion to keep up with a changing market.

“2019 solidified the pivot from growth to capital discipline in North America,” Miller told analysts and investors Tuesday on a conference call. “As unconventionals enter maturation phase, Halliburton is committed to the North American market.”

Houston-based Halliburton said North American revenue slumped 21% in the final three months of last year compared with the third quarter. It took $2.2 billion of impairment charges for the most recent period, related to severance costs and writedowns on pressure-pumping and drilling equipment.

Halliburton cut 22% of its frack fleet last year, Miller said. Schlumberger, the largest oil and gas services company, has already reduced its pressure-pumping fleet in half, and said Friday it has no intention of bringing that equipment back into service. It took $12.7 billion in pretax charges for the third quarter and is restructuring its North American land business.

Even if oil prices improve, publicly traded oil and gas exploration and production companies aren’t likely to materially change their capital-spending plans, Praveen Narra, an analyst at Raymond James, wrote Tuesday in a note. “We predict an underspend of 11%, meaning the E&P industry is cash flow positive after capex for the first time since 2005.”

The gloomy picture at home contrasts with improving demand internationally as larger oil companies make a slow recovery from depressed crude prices several years earlier. However, Halliburton, the No. 3 oil services provider, has historically generated more of its sales in the U.S. and Canada than Schlumberger or Baker Hughes Co., the other big player.

To contact the editors responsible for this story:
Simon Casey at scasey4@bloomberg.net
Pratish Narayanan, Steven Frank