US Sanctions on Venezuela are Helping Colombian Oil 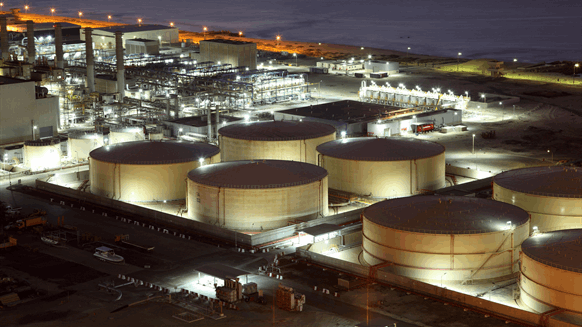 U.S. Gulf refiners are bidding up prices for Colombian crude amid sanctions on Venezuelan imports.

(Bloomberg) -- U.S. Gulf refiners are bidding up prices for Colombian crude amid sanctions on Venezuelan imports, historically one of America’s top oil suppliers.

Colombian crude has strengthened on the back of harsher restrictions against state oil company Petroleos de Venezuela SA, a self-imposed curtailment in Canadian production and output cuts agreed on by OPEC and its allies.

Executives at Ecopetrol SA, Colombia’s state-controlled oil company, are closely monitoring the situation in Venezuela and the impact of sanctions. The company is benefiting as it is has been able to “reliably supply customers” as Venezuelan production has fallen, chief financial officer Jaime Caballero said in an earnings call Wednesday.

“We are also seeing a big strengthening of the favorable differentials in terms of the crude we sell,” he said. “Compared to the double-digit differentials in the fourth quarter of last year, we’re now back to the single digits.”

Flagship Colombian oil Castilla, a direct competitor against heavy, sour Venezuelan oil, was sold for a discount of $4 per barrel to global benchmark Brent for cargoes loading in March. That compares with a discount of $9.80 for cargoes loading in February, according to people with knowledge of the situation. More cargoes were sold to the U.S., causing Asian buyers to complain about the high price levels, the people said.

Traditional buyers of Venezuelan oil are finding alternatives. Valero Energy Corp. has bought Canadian crude to help plug the hole, according to a person familiar with the matter. PBF Energy Inc., which used to buy Venezuelan oil for its Chalmette refinery in Louisiana, bought Mexican Talam. Even Citgo Petroleum Corp., the U.S. refining unit of embattled PDVSA, got a little help from PetroChina Co. Ltd. to gain access to Colombian oil Vasconia.

While oil production in Venezuela fell to a 69-year low in 2018, Colombia is seeing a rebirth of activity. Colombia produced 898,965 barrels a day in January, the highest since May 2016 amid production from new oil fields, according to the country’s energy ministry.