US Not Considering Immediate Oil Release in Response to Iran Crisis 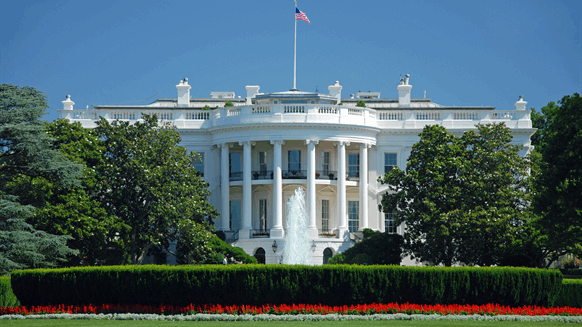 The Trump admin isn't actively considering an immediate release of oil from the national petroleum reserve in response to the Iran crisis that has sent oil prices higher.

(Bloomberg) -- The Trump administration isn’t actively considering an immediate release of oil from the national petroleum reserve in response to the Iran crisis that has sent oil prices higher, according to a person familiar with deliberations within the White House.

Oil prices jumped almost 5% in New York and London after a U.S. airstrike killed General Qassem Soleimani, one of Iran’s most powerful generals. Although President Donald Trump has the Strategic Petroleum Reserve at his disposal to offset potential supply disruptions, no talks have taken place within the administration about selling some of the stockpiled crude, said the person who spoke on the condition of anonymity.

“A persistent spike in oil prices will likely trigger verbal assurances that the SPR is available and may be tapped, but President Trump has had a high hurdle for actually drawing down strategic stocks,” said Bob McNally, a former energy adviser to President George W. Bush and president of the consulting firm Rapidan Energy Group. “Hence an actual drawdown is unlikely unless there was a real risk of disruption.”

The Department of Energy, which operates the reserve, didn’t respond to an emailed request for comment.

Trump authorized the release of oil from the reserve in September after a series of drone attacks in Saudi Arabia knocked out half of the kingdom’s crude output, or about 5% of world supplies, and sent prices surging. In the end, no oil was released as prices came down and the kingdom was gradually able to restore output.

Set up after the Arab oil embargo in the 1970s sent prices skyrocketing, the stockpile has previously been tapped in response to Operation Desert Storm in 1991, Hurricane Katrina in 2005, and Libyan supply disruptions in 2011.

To contact the editors responsible for this story:
David Marino at dmarino4@bloomberg.net
Jon Morgan, Catherine Traywick