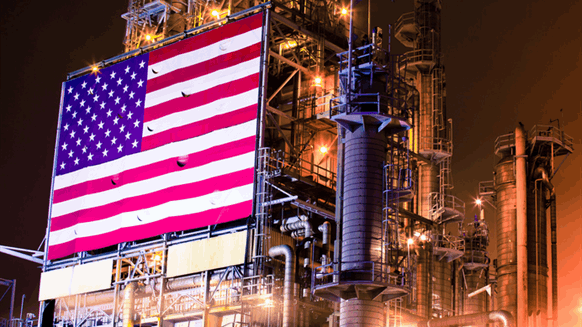 US light oil has become too cheap for Gulf Coast refiners to pass up.

(Bloomberg) -- U.S. light oil has become too cheap for Gulf Coast refiners to pass up.

Fuel makers on the Gulf, home to the largest cluster of refineries in the world, processed oil with an average API gravity of 33.06 in October, according to the Energy Information Administration. The measure of oil density matches a record set in February, when Gulf refiners processed the lightest crude in 26 years thanks to a surge in domestically produced light barrels.

Growing U.S. output has sent imports to a 3-year low, as domestic barrels are cheaper than imported ones. West Texas Intermediate, the U.S. benchmark oil, is being traded at a discount of $8.10 per barrel compared with Brent, the benchmark used to price imported oil.