US Finds Others Aligned Against It In Saudi-Sparked Oil Row 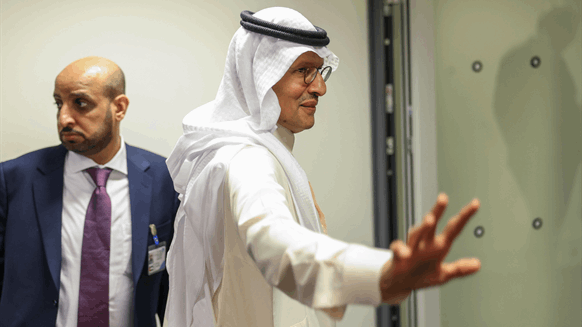 US President Joe Biden accused Saudi Arabia of siding with Russia over oil and will look to show its influence at the G20 summit in Bali.

When US President Joe Biden accused Saudi Arabia of siding with Russia over oil, Riyadh cast itself as an emerging power that stands up to Washington and looks after its own interests - and that’s been winning cheerleaders.

Saudi Arabia rallied crude exporters behind a 2-million-barrel oil output cut by OPEC+, the crude exporters group Riyadh steers with Russia. But Turkey and China also spoke out in Saudi Arabia’s defense, even though as energy importers they suffer from the Oct 5 move that keeps oil around $90 as the economic outlook darkens.

The oil row exposes a broader shift, with countries willing to push back against or question US influence, even if that runs counter to their immediate economic interests. They are keen to deepen ties with a kingdom undergoing an economic boom, or to find ways to benefit from US-Saudi frictions in their own disputes with Washington.

This comes ahead of the Group of 20 world leaders summit in Bali next week where Biden seeks to rally international support for the further isolation of Russia and how to tackle the effect on the global economy and energy markets.

Crude prices falling would be more beneficial to Turkey, where energy costs have helped drive inflation to a two-decade high, but Ankara objects to the US threatening another country, a Turkish official said, speaking on condition of anonymity to discuss government thinking.

“This bullying is not right,” Turkish Foreign Minister Mevlut Cavusoglu said on Oct 21 after Biden vowed Saudi Arabia would face unspecified “consequences” for the outcome of the OPEC+ meeting. Turkey objected to the US reaction, even if it wasn’t happy with rising prices, he said.

President Recep Tayyip Erdogan has other good reasons to side with Riyadh. He’s sought financial support from Saudi Arabia ahead of presidential elections next summer, galvanizing ties that allow him to also hedge Ankara’s relations with the West.

China, in its own deepening dispute with the US over global trade, praised Saudi Arabia’s pursuit of an “independent energy policy” after the OPEC+ decision and said Riyadh should play “a greater role” in international and regional affairs. China is Saudi Arabia’s biggest trade partner and its top buyer of oil.

“This is part of China trying to shore up support elsewhere which it perceives can help strengthen ‘its’ side in the global confrontation with the United States,” said Raffaello Pantucci, a senior fellow at the S. Rajaratnam School of International Studies (RSIS) in Singapore who researches China’s foreign relations.

“It is really all about trying to take advantage and sow fissures in traditional US alliances to try to strengthen China’s hand on the world stage.”

Prince Mohammed is also preparing a broader Asia tour around the G20, adding a visit to India as soon as next week and Asia-Pacific Economic Cooperation meetings in Thailand, according to officials in those countries.

Asked about China’s potential to fill the void in foreign economic relations with Saudi Arabia, US State Department spokesman Ned Price said the US weighs its national interests in its bilateral relationships.

“Ultimately, we are going to pursue a path that is predicated solely on our interests and the values that we bring to our work around the world,” he said in a Nov. 7 press briefing. US officials have cited cooperation on Ukraine as evidence of Washington’s continued influence in international affairs.

Prince Mohammed, however, is increasingly able to project political clout in the region and beyond, with high oil prices driving the fastest growth rate in the Group of 20 major economies.

The 37-year-old “sees the emerging geopolitical order as malleable, made up of a set of interlocking parts, and he believes Riyadh has the right to work with a shifting constellation of partners to move markets and shape political outcomes.”

The US is facing some blow-back as it formulates foreign policy as a “values-based hierarchy” of engagement with democracies over non-democracies, Young wrote in response to questions from Bloomberg. This also complicates the administration’s ability to seek new collaborations, she added.

India, one of the top buyers of Saudi crude, is putting the longer-term rewards of the relationship with Saudi Arabia ahead of immediate frustrations over crude prices, two Indian officials said.

India believes Gulf oil exporters are looking to diversify geopolitical ties amid a growing big power rivalry, and India stands to gain, they said, speaking on condition of anonymity to discuss diplomatic issues.

Both China and India are currently benefiting from discounted Russian crude, helping ease the higher cost of Middle East barrels.

US officials have warned the OPEC+ move will drive inflation and have accused Saudi Arabia of coercing other oil exporters into compliance, saying those countries voiced strong misgivings in private.

Anything is now possible at the next OPEC+ meeting on December 4, two people briefed on discussions between Washington and Gulf officials said. They described Riyadh and Washington at complete disagreement with each other over everything from oil market fundamentals to the policy response.

If OPEC+ cuts again with oil at $95, it’s an insult to oil importers from Africa to South Asia to Latin America, one of the people said.

Two senior European diplomats in close contact with Gulf officials said the US shouldn’t view the OPEC+ decision as defiance of Washington, but instead to recognize Saudi Arabia is looking after its own interests.

Washington had become accustomed to having acquiescent allies in the Gulf Arab region and that has changed, they said, describing a debate among Western officials is about how to deal with this.

The US needs these regional relationships for years to come and has to make them work, a third senior Western diplomat in the Gulf said. If we have this ‘with us or against us’ attitude and don’t engage, then that won’t happen, they said.

--With assistance from Firat Kozok and Colum Murphy.