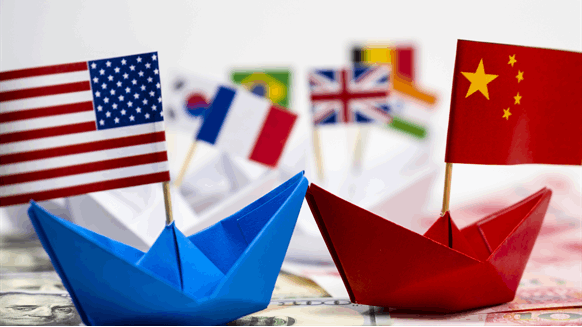 A trade deal between the U.S. and China could put the U.S. on track to become China's biggest supplier of liquefied natural gas.

(Bloomberg) -- Here’s another reason for Presidents Donald Trump and Xi Jinping to seal a swift trade deal: it could put the U.S. on track to become China’s biggest supplier of liquefied natural gas, according to Morgan Stanley.

A pact this year between the world’s two largest economies -- the bank’s base case -- will likely lead to large Chinese purchases of American LNG, which would help shrink the U.S. trade deficit, it said in a report. This may help boost the U.S. share of China’s gas imports by 2025 to 21%, compared with 5% without a deal, Morgan Stanley said. It was only 2% last year.

“A higher LNG trade from the U.S. to China would potentially be a win-win deal for both,” analysts including Andy Meng wrote. Not only could it reduce the U.S. trade deficit with China by $17 billion annually, it may also help China save $1.8 billion a year in energy costs, the bank estimates.

There may also be major implications for the global LNG market. The U.S. is bringing on new projects and is set to become the No. 1 supplier. All that production needs to find a home, and China is expected to take the title as top importer some time early next decade. Without a deal, it’s likely to turn to other countries including Russia, Australia and the Middle East to fulfill its gas demand, Morgan Stanley said.

China’s imports of American gas have dropped since Beijing slapped a 10% duty on the fuel in September in a series of tit-for-tat tariffs. Pressure has mounted after the duty was raised to 25% from June as a deal remained elusive. Trump is seeking a meeting with Xi at the upcoming Group of 20 summit in Japan, threatening to raise tariffs on China again if it doesn’t happen.

A “no deal” scenario would be negative for long-term U.S. natural gas prices, as well as for projects seeking final investment decisions. The ongoing trade war has caused Chinese buyers to avoid investing in U.S. developments or signing long-term offtake agreements.

It would also push China to buy more gas from existing suppliers, with Russia’s Gazprom PJSC and Woodside Petroleum Ltd. in Australia seen as key beneficiaries. While there is still sufficient supply under this scenario, the cost of imports would likely be higher than U.S. LNG, the bank said.