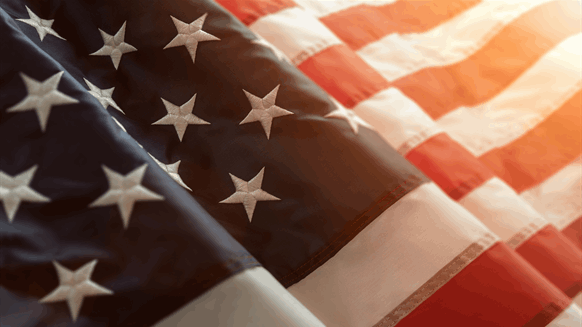 (Bloomberg) -- America turned into a net oil exporter last week, breaking almost 75 years of continued dependence on foreign oil and marking a pivotal -- even if likely brief -- moment toward what U.S. President Donald Trump has branded as "energy independence."

The shift to net exports is the dramatic result of an unprecedented boom in American oil production, with thousands of wells pumping from the Permian region of Texas and New Mexico to the Bakken in North Dakota to the Marcellus in Pennsylvania.

While the country has been heading in that direction for years, this week’s dramatic shift came as data showed a sharp drop in imports and a jump in exports to a record high. Given the volatility in weekly data, the U.S. will likely remain a small net importer most of the time.

“We are becoming the dominant energy power in the world,” said Michael Lynch, president of Strategic Energy & Economic Research. “But, because the change is gradual over time, I don’t think it’s going to cause a huge revolution, but you do have to think that OPEC is going to have to take that into account when they think about cutting.”

The shale revolution has transformed oil wildcatters into billionaires and the U.S. into the world’s largest petroleum producer, surpassing Russia and Saudi Arabia. The power of OPEC has been diminished, undercutting one of the major geopolitical forces of the last half century.

The shift to net exports caps a tumultuous week for energy markets and politics. OPEC and its allies are meeting in Vienna this week, trying to make a tough choice whether to cut output and support prices, risking the loss of more market share to the U.S.

"The week started with Qatar leaving OPEC; then a mysterious U.S.-Saudi bilateral meeting in Vienna; followed by a canceled OPEC press conference, and now the latest news that the U.S. turned last week into a net petroleum exporter," said Helima Croft, commodities strategist at RBC Capital Markets LLC and a former analyst at the Central Intelligence Agency.

On paper, the shift to net oil exports means that the U.S. is today energy independent, achieving a rhetorical aspiration for generations of American politicians, from Jimmy Carter to George W. Bush. Yet, it’s a paper tiger achievement: In reality, the U.S. remains exposed to global energy prices, still affected by the old geopolitics of the Middle East.

U.S. crude exports are poised to rise even further, with new pipelines from the Permian in the works and at least nine terminals planned that will be capable of loading supertankers. The only facility currently able to load the largest ships, the Louisiana Offshore Oil Port, is on pace to load more oil in December than it has in any other month.

The massive Permian may be even bigger than previously thought. The Delaware Basin, the less drilled part of the field, holds more than twice the amount of crude as its sister, the Midland Basin, the U.S. Geological Service said Thursday.

While the net balance shows the U.S. is selling more petroleum than buying, American refiners continue to buy millions of barrels each day of overseas crude and fuel. The U.S. imports more than 7 million barrels a day of crude from all over the globe to help feed its refineries, which consume more than 17 million barrels each day. In turn, the U.S. has become the world’s top fuel supplier.

“The U.S. is now a major player in the export market,” said Brian Kessens, who helps manage $16 billion at Tortoise in Leawood, Kansas. “We continue to re-tool our export infrastructure along the Gulf Coast to expand capacity, and you continue to see strong demand globally for crude oil.”

Thomas Bath  |  December 07, 2018
How can we be a net oil exporter if we import over 7 million barrels a day? We export a pittance. I just don't get your math. It would have been great to have a table of data that supported your statement. I think that unless we export more than the 7 million barrels of oil a day that we import and also export more products than we import, we are still net importers.