Unwanted Russian Oil Piles Up on Ships Anchored Near Singapore 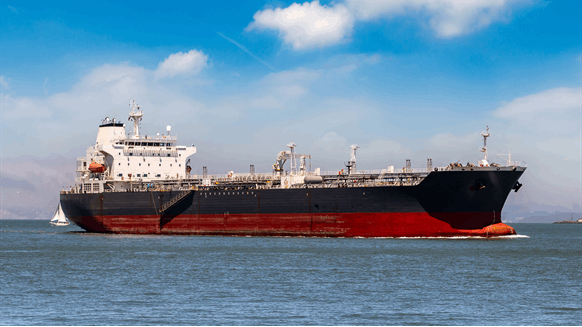 A fleet of tankers filled with Russian fuel oil have anchored near Singapore and Malaysia.

A fleet of tankers filled with Russian fuel oil have anchored near Singapore and Malaysia as more flows are directed toward Asia ahead of European Union sanctions that take effect early next year.

About 1.1 million tons of high-sulfur fuel oil were being stored on vessels in the week through Oct. 24, according to Vortexa Ltd. While the volume has eased slightly from a record, it’s still more than double the level a year ago. HSFO is used in power generation and to fuel ships fitted with pollution-reducing kits.

Singapore is the world’s biggest ship-refueling hub and a key oil distribution center in Asia. Waters around the city-state, including near Malaysia’s Tanjung Pelepas port or the Johor Strait, can be used for ship-to-ship transfers of oil products or crude. The practice is often used to mask the origin of a cargo.

Russian fuel oil has sometimes been carried on multiple vessels before ending up in floating storage in the region. The Sagar Violet loaded fuel oil from Ust-Luga in Russia before unloading some of its cargo into another tanker called Parosea near Malaysia, according to Vortexa. Parosea then transferred some fuel to Fortune Star, which is currently anchored near Tanjung Pelepas.

Fuel oil from Russia is making its way into regional ship-refueling, refining and power generation markets, said Roslan Khasawneh, a senior fuel oil analyst at Vortexa. Nearly 65% of all Russian flows that have signaled Singapore as a destination have ended up in commercial floating storage tankers around Tanjung Pelepas over the last three months, he said.

Less of the dirty fuel is being used by ships after the industry implemented measures in 2020 to reduce emissions, and its use in power generation has also decreased in recent years. The influx of Russian flows to Asia has weighed on demand and driven profits from processing fuel oil to the lowest level in data compiled since 2018, according to Bloomberg Fair Value.

“It’s likely Russia will be reluctant to cut its exports, both for crude and fuels,” said John Driscoll, founder and director of Singapore-based JTD Energy Services Pte Ltd. An increasing volume of oil and products are expected to flow toward Asia and be stored on tankers around Singapore and Malaysia as EU sanctions near, he said.