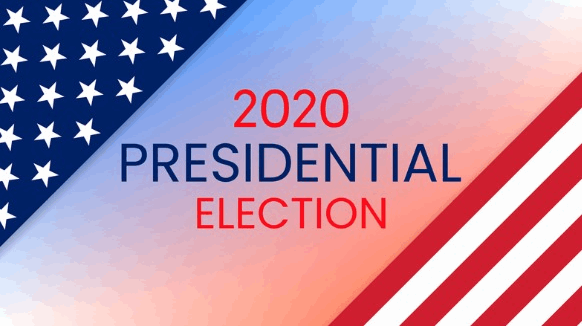 Here's a guide to the people who'll be jockeying for influence on climate policy come Jan. 2021 if Joe Biden wins the White House.

(Bloomberg) -- Joe Biden has put forth the most ambitious climate plan of any presidential candidate in history—promising, among other things, to get the country to 100% clean electricity generation by 2035 and to invest $400 billion in clean energy innovation and technology over 10 years. That said, for climate activists, it’s not quite a dream come true.

The plan was knitted together in consultation with representatives from various diverse corners of the economic, political, and climate advocacy worlds. While every part of this coalition is invested in the Democratic candidate’s vision, some want to see the country move more quickly toward renewables, while others think it’s more important to conserve and create jobs, and still others are more concerned with political feasibility than anything else.

Even if the former vice president wins the presidency, the plan will still require a dedicated team to execute. Here’s a guide to the people who’ll be jockeying for influence on climate policy come Jan. 2021, should things go Biden’s way:

The candidate’s union ties are well known—and present perhaps the biggest obstacle to those who want to see a quick transition away from fossil fuels. Keeping the unions on his side means continuing to support fracking, at least in the near term, which the more left-leaning candidates in the Democratic primaries vowed to ban.

Lonnie Stephenson, president of the International Brotherhood of Electrical Workers, endorsed Biden way back in February. Not only does Stephenson sit on Biden’s Climate Engagement Advisory Council, a wing of the campaign designed to energize climate-concerned voters, he’s one of only two people from that group who’ve been named to the team that would manage the transition into the White House if Biden is elected. (The other is Cecilia Martinez, an environmental lawyer and co-founder of the Center for Earth, Energy and Democracy—we’ll get to her in a bit.)

At a recent Biden campaign in Wisconsin, Stephenson infuriated clean energy advocates by describing Biden as being pro- all kinds of energy—or in his words “all of the above”—while another official with the local IBEW praised utilities that have invested in technologies to lessen the impact of coal. So-called “clean coal” is less polluting than regular coal, but contrary to the description still emits carbon and particulate matter into the air, in addition to perpetuating the coal mining industry, which is polluting in its own right.

Besides Stephenson, Biden has aligned himself with Conor Lamb, a U.S. Representative from Western Pennsylvania who is both union- and fracking-friendly. Lamb was a member of the Biden-Sanders Unity Task Force, assembled after the bruising primary season in an attempt to win over the more liberal wing of party. (More on that in a bit, too.) Although banning fracking had been a centerpiece of Vermont Senator Bernie Sanders’s platform on climate change, hydraulic fracturing didn’t come up once in the joint recommendation the group produced.

Aside from his cozy relationship with unions, the climate left is wary of Biden’s record from the last time he was in the White House. While the Obama administration talked a big game on clean energy, despite a few noteworthy successes (e.g. Tesla Inc.), its accomplishments were largely minor, short-lived, or both.

There are a few from the old gang who are trusted by climate activists and have taken up roles in the Biden campaign. John Kerry, for instance, who was secretary of state during President Barack Obama’s second term, co-chaired the unity task force with Rep. Alexandria Ocasio-Cortez. Kerry Duggan, Biden’s deputy director for policy when he was vice president, and Gina McCarthy, who headed the Environmental Protection Agency under Obama, were both also on the task force, while Carol Browner, director of the White House Office of Energy and Climate Change Policy during the early Obama years, sits on the engagement council.

But there are others still hovering around Biden who hold no specific position but nevertheless have caused consternation among climate hawks for their links to fossil fuel interests. One of these, Jason Bordoff, was the National Security Council’s senior director for energy and climate change and later founded an energy policy center at Columbia University that draws funding from oil companies. (It’s also funded in part by Bloomberg Philanthropies, the charitable organization founded by Michael R. Bloomberg, the majority owner of Bloomberg LP.) Former Energy Secretary Ernest Moniz is said to be in the running for the same job in the Biden administration despite sitting on the board of Southern Co., a utility that sued the Obama administration over its 2015 Clean Power Plan. Both Bordoff and Moniz declined requests to comment for this article.

The fracking issue aside, the unity task force did succeed in getting Biden to embrace a more aggressive timeline for decarbonizing the electrical grid, and to promise to direct more than 40% of his proposed $2 trillion in climate spending toward the communities most at risk from pollution and climate change—which tend to be low-income communities of color.

The task force released its final report in July, and none of the Sanders progressives has since taken a position with the campaign. But they have kept up the public pressure to make sure Biden stays on-message, even as he takes broadsides from the right.

After Biden refused to support the Green New Deal during last week’s debate with Trump, Ocasio-Cortez tweeted, “Our differences are exactly why I joined Biden’s Climate Unity Task Force — so we could set aside our differences & figure out an aggressive climate plan to address the planetary crisis at our feet.” Another task force member, Sunrise Movement co-founder Varshini Prakash, told Bloomberg Green in September that left-wing environmentalists “will have a lot of work to do even if he’s elected.”

Other progressive advocacy groups say they have frequent meetings with the campaign to advise on polling, and in particular on engaging with the youth vote. Julian Brave NoiseCat, the vice president of policy and strategy at the liberal research and polling non-profit Data for Progress, says his group has been in steady conversation with the Biden campaign since Super Tuesday. “We gave a presentation on policy and polling three weeks ago,” he said, which showed that Biden’s climate plan is popular in battleground states. He also briefed the campaign on other popular progressive policies, including the creation of a National Investment Authority to fund clean infrastructure projects and a Green Marshall Plan to help fund energy innovation and development around the world.

Once the unity task force completed its work, it was replaced by the engagement council, on which Stephenson sits. But that group boasts other members who’ve put up a more vigorous effort to bring clean energy front and center in the campaign, including Tom Steyer, the billionaire hedge fund manager who ran against Biden and Sanders in the primaries on a climate-first platform. Cecilia Martinez, meanwhile, of the Center for Earth, Energy and Democracy, has the support of many former unity task forcers, and her presence on the transition team has done much to build trust between the two sides.

The progressives are getting backup in their pressure campaign from, of all people, big donors.

Biden signed a pledge back in June promising not to take donations from fossil fuel companies, so he’s relying on clean energy to come in and write the really fat checks. Kathleen Welch, a principal of Corridor Partners, a political advocacy and strategic investment advisors, co-chairs Climate Leaders for Biden, an informal grouping of donors that’s helped raise $15 million for the candidate—one climate activist referred to her fondly as the “mob boss” of climate money. Welch declined to comment for this article, but her spokesperson said that Biden’s aggressive climate policy has attracted donors to him without his having to put on the hard sell.

Other major backers are more skeptical of Biden’s commitment to climate. In September, several dozen of them wrote the campaign to implore the candidate to move “rapidly” on the energy transition and distance himself from leaders who believe in “all of the above” energy sources—a clear dig at Stephenson. The group was organized by Kathy Washienko, a climate activist donor from Seattle, and included Adelaide Park Gomer, the president of the Park Foundation philanthropic group, and Jabe Blumenthal, who designed the first version of Excel for Microsoft. “We wanted Vice President Biden and his campaign to realize it wasn't just the youth of the Sunrise Movement,” Washienko said. “There were many significant Democratic donors who care deeply about bold action on climate in line with the science.”

The Cone of Silence

Biden’s core staff have been around him for years, if not decades, and act as gatekeepers on every issue. They also rarely speak to the press—a big reason Biden trusts them.

One of those who’s been around longest and would almost certainly take up a place in the West Wing is Bruce Reed, Biden’s chief of staff when he was vice president, who now acts as a senior advisor to the candidate. This should give the Biden skeptics hope. Reed’s father was an environmental lawyer, and one of Reed’s first jobs after he arrived in Washington was writing speeches for then-Senator Al Gore.

Another close Biden confidant who could be an ally for energy reformers is Stef Feldman, the Biden campaign’s policy director. According to the campaign, Feldman studied environmental policy at Duke and became interested in environmental justice during a summer spent in a small coal mining town in Letcher County, Kentucky. After college, she worked her way up in the Obama administration to become Biden's deputy policy director for climate and energy. Feldman was at Yale Law School with the idea of pursuing a career as an environmental lawyer when Biden called her up to join the campaign.

Environmental justice advocates consider the choice of Kamala Harris as Biden’s running mate to be a big win. Her record on the issue goes way back to her days as the San Francisco District Attorney, when she opened the office’s first environmental crimes division. Catherine Flowers, a member of the unity task force from the Sanders camp and a senior fellow in environmental justice at the Center for Earth Ethics, is optimistic that Biden will finally succeed after so many decades of Democratic underreach on climate. “I really feel like this time, they get it,” she said.

To contact the author of this story:
Leslie Kaufman in New York at lkaufman27@bloomberg.net