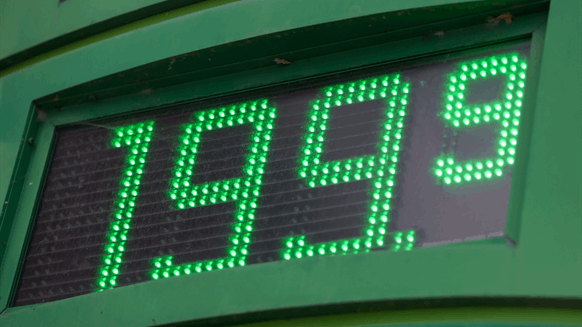 The UK is considering extending windfall tax on oil and gas companies as it looks for ways to plug a $40 billion budget hole.

Chancellor of the Exchequer Jeremy Hunt is considering extending the UK’s windfall tax on oil and gas companies as he looks for ways to plug a £35 billion ($40 billion) budget hole.

Hunt is looking at a significant expansion of the tax, raising the rate to 30 per cent from 25 per cent and imposing it until 2028 rather than 2026, according to a person familiar with the matter, who spoke anonymously about plans that aren’t finalized. The chancellor is also considering extending it to electricity generators, the person said.

Hunt has warned he faces “decisions of eye-watering difficulty” as he prepares to announce an Autumn Statement on Nov. 17 that amounts to a budget in all but name. He’s seeking to make £50 billion of tax rises and spending cuts to provide extra headroom above the UK’s fiscal gap so that his plans have credibility with the markets.

The plans to extend the windfall tax were reported first by Thursday’s Times and also the Sunday Times. The Times said the move would increase revenues from the existing tax by 50 per cent to £40 billion over five years, although that’s dependent on volatile energy prices.

The government has come under increasing pressure to target energy firms for extra revenue amid surging profits. Shell Plc didn’t pay the UK windfall tax in the third quarter, a period in which its profit doubled to $9.45 billion, because it was making big investments in North Sea fields.

Internal Treasury estimates suggest UK gas producers and electricity generators could make excess profits of up to £170 billion over the next two years.