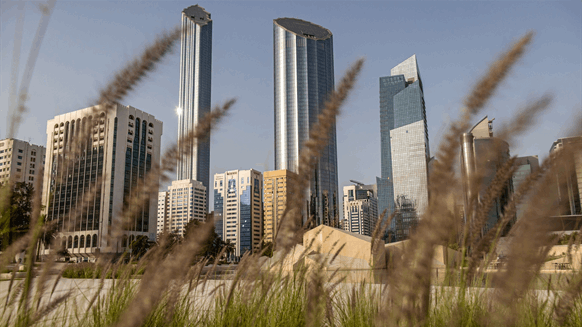 The UAE will soon start its first carbon credit exchange as it looks to hit carbon neutrality by 2050 and host the 2023 COP28 climate summit.

The United Arab Emirates will soon start its first carbon credit exchange and is taking a tougher stance on ESG disclosure, as the country looks to achieve carbon neutrality by 2050 and prepares to host next year’s COP28 climate summit.

Abu Dhabi Global Market, based in the capital, is set to begin a voluntary carbon-offset exchange “in a matter of weeks,” Mercedes Vela Monserrate, the head of sustainable finance at ADGM, said at the COP27 talks in Sharm el-Sheikh, Egypt. “Several high-profile financial institutions, and commodities firms are planning to participate.”

It will be operated by AirCarbon, a Singapore-based digital exchange. Saudi Arabia launched the region’s first carbon-offset auction last month.

Companies can buy credits on exchanges to offset some of the emissions they produce. The global voluntary carbon market has grown rapidly in recent years, but so has skepticism that the credits avoid carbon emissions or remove them from the atmosphere.

Even as it invests billions of dollars to raise the production of oil and gas, the UAE has pledged to be net-zero within its own borders by halfway through this century. The government’s planning about $165 billion of investments in clean energy to reach the target.

ADGM is also working with other UAE authorities on clearer requirements for environmental, social and governance funding tools, Vela Monserrate said in an interview.

“We have seen a proliferation of different standards in the market,” she said. “That’s leading to a lot of confusion as to what we actually mean by a green bond. That is leading to concerns around greenwashing. There’s a huge appetite for this type of product, but there’s very little knowledge about it.”

The new rules could encourage the issuance of green bonds on the ADGM from next year, she said.

Dubai, the UAE’s business capital, is set to host next year’s COP summit. Monserrate said there’s no contradiction in the UAE being a major hydrocarbon producer and holding the UN-sponsored talks.

“Transition is not about punishing polluters, it’s about helping the polluter transition away,” she said.