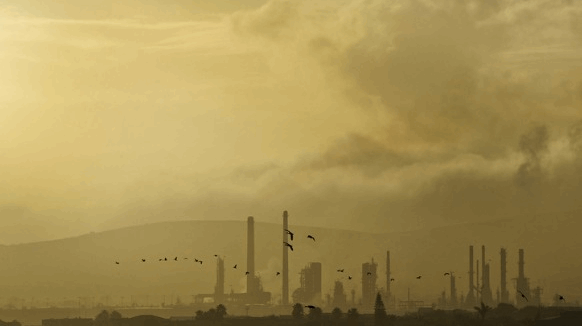 A unit of Glencore Plc said two people died in an explosion and a fire at its oil refinery in Cape Town.

(Bloomberg) -- A unit of Glencore Plc said two people died in an explosion and a fire at its oil refinery in Cape Town.

Seven others were injured in the incident that occurred at 4 a.m. on Thursday and two of them remain hospitalized, Astron Energy Ltd. spokeswoman Suzanne Pullinger said in an emailed statement. All work has been stopped and the company will conduct an investigation, said Astron Chief Executive Officer Jonathan Molapo.

The head of safety and security in Cape Town had earlier told CapeTalk radio that three people died in the blast. Callers to the radio station described hearing a “massive explosion” that rattled windows and roofs.

An annual maintenance shutdown had been underway at the 100,000 barrel-a-day refinery, which was expected to restart this month, according to the South African Petroleum Industry Association. The facility accounts for about 14% of the nation’s total fuel-refining capacity.

The plant has experienced challenges since the acquisition, including a pay dispute in March and a delay of the annual maintenance work after South African introduced a nationwide lockdown to control the spread of Covid-19.

#sapsWC Two people (man and woman) were killed and six other injured in an explosion at the Astron Oil Refinery in Milnerton in the early hours of Thursday, 02 July 2020 at approximately 4:00. The cause of the explosion is still the subject of an investigation. TM pic.twitter.com/jpRAoENpmZ

(Updates with company statement on casualties from first paragraph)

--With assistance from Janice Kew, Paul Vecchiatto and John Viljoen.

To contact the editors responsible for this story:
James Herron at jherron9@bloomberg.net
Paul Richardson, John Viljoen