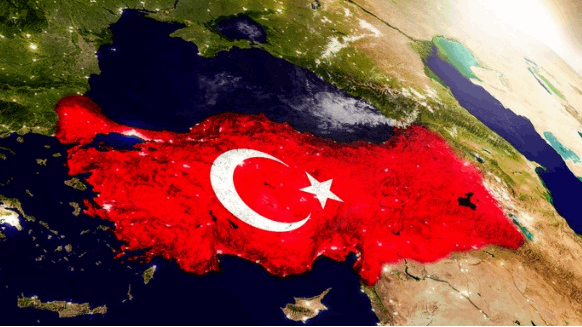 Turkey is also conducting a seismic survey in the eastern Mediterranean.

(Bloomberg) -- Turkey says its natural gas find in the Black Sea will likely be followed by further discoveries, altering the geopolitics of energy trade in its region.

“It’s just the beginning,” President Recep Tayyip Erdogan’s spokesman Ibrahim Kalin said of Friday’s announcement that Turkey struck gas deep under its territorial waters. “The work will continue for exploration as well as drilling at the same time. We’re very hopeful that it will lead to other fields in the same area.”

Ankara’s state-oil arm TPAO will continue offshore exploration near the 320 billion cubic meter Sakarya field where officials see “much greater potential” for hydrocarbons, Kalin said in an interview at the presidential office in Istanbul on Saturday.

The discovery announced by Erdogan is already the largest of its kind in the Black Sea and proved the existence of sizable deposits deep under the seabed. Kalin said it also gave fresh impetus to Turkey’s search for more energy resources to be able to function as more than just a massive consumer and a conduit for cross-border gas trade.

“Turkey will be an energy producing country. That’s a new dimension, a very significant one,” Kalin said. “It puts Turkey at a different level in terms of its strategic location, relations, regional and global affairs.”

“Turkey is a premium gas market, which has never been significant on a global scale. The discovery really reinforces the country’s potential role as an energy producer in the region.”

Another prospective area nearby is the eastern Mediterranean Sea, where Turkey is conducting exploratory work with a seismic research ship.

Kalin said the Oruc Reis vessel will continue its survey in waters disputed by Greece and Cyprus, a conflict that’s fueling the tensions with Athens.

“Whatever we find in the eastern Mediterranean, we’d like it to be shared by all. We’d like it to benefit all neighboring countries which have a shore,” Kalin said. “We do not want to see this as a zero sum game.”

Turkey is mired in territorial disputes with Greece and Cyprus in the Mediterranean Sea as it searches for oil and gas. France has temporarily increased its military presence to ward off Turkish steps, and German Chancellor Angela Merkel on Wednesday said the European Union was concerned over the increased tensions.

Turkey and Cyprus are at loggerheads over offshore gas reserves around the Mediterranean island of Cyprus, where the Republic of Cyprus is an EU member state and officially has sovereignty over the entire island.

But the island has been effectively divided into two since Turkey’s military captured the northern third in 1974, following a coup attempt in which a military junta in Athens sought to unite Cyprus with Greece. The Turkish minority’s self-proclaimed state in the north, recognized only by Ankara, also claims rights to any energy resources discovered off its coast.

Just a month ago, Turkey and Greece were set to begin exploratory talks to ease tensions. But that came to an abrupt end after Greece signed a deal with Egypt to draw maritime borders and Turkey accused Athens of acting in bad faith.

Still, Turkey says cooperation around energy resources is possible and would benefit all littoral countries.

“We can turn the natural resources in the eastern Mediterranean into opportunities,” he said. “That doesn’t mean that we just turn a blind eye to the issues, challenges out there. We address them. We try to find some creative ways to overcome them.”

To contact the editors responsible for this story:
Onur Ant at oant@bloomberg.net;
Nayla Razzouk at nrazzouk2@bloomberg.net
Linus Chua