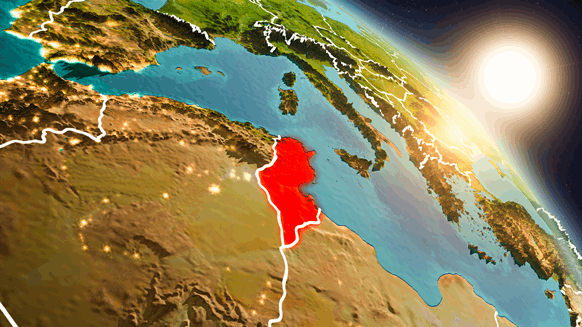 Tunisia's biggest energy project -- a long-delayed, $1.2B joint venture with Vienna-based OMV AG -- will start producing natural gas by the end of the year.

Output from the Nawara gas field will enable Tunisia to slash imports of the fuel by 30% and will contribute a full percentage point to the nation’s economic growth rate, Slim Feriani, minister of industry and small and medium enterprises, said in an interview in Tunis. The field lies in southern Tataouine province, which provided a backdrop for scenes in the movie “Star Wars.”

The project represents a potential economic and financial watershed for the North African country, which currently must import much of its energy. Tunisia, cradle of the so-called Arab Spring uprisings against authoritarian rule, is struggling to revive its economy and push ahead with an International Monetary Fund-backed program that calls for cost-cutting measures. The government had planned for Nawara to start up in 2016, but technical and social issues caused delays.

With an estimated daily production capacity of 2.7 million cubic meters, the Nawara field will boost Tunisia’s gas output by 50% starting next year, Feriani said. It will produce enough fuel for Tunisia to export by pipeline to the Mediterranean coast, enabling the country to narrow its trade deficit by 7%, he said.

OMV and Tunisia’s state-run Entreprise Tunisienne D’Activites Petrolieres, known as ETAP, each hold a 50% stake in the Nawara joint venture. Tunisia has no choice but to strengthen its energy security and reduce its need for imported fuel, Feriani said.

To contact the reporter on this story:
Jihen Laghmari in Cairo at jlaghmari@bloomberg.net

To contact the editors responsible for this story:
Nayla Razzouk at nrazzouk2@bloomberg.net
Bruce Stanley, Helen Robertson