Tullow Falls Most in 21 Years 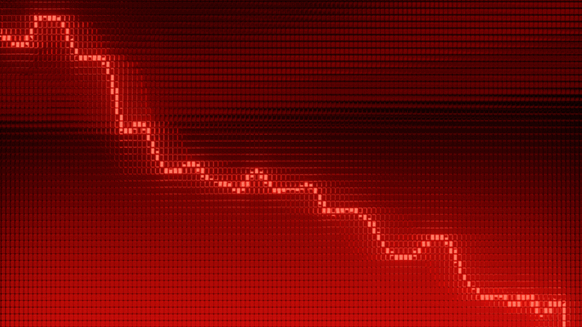 Tullow Oil Plc fell the most in two decades in London trading after saying it's reassessing the commercial viability of discoveries in Guyana.

(Bloomberg) -- Tullow Oil Plc fell the most in two decades in London trading after saying it’s reassessing the commercial viability of discoveries in Guyana.

The stock sank as much as 23% on the news that crude from two wells in the South American country was found to be heavy, with a high sulfur content. That’s disappointing to shareholders as the Guyanese discoveries earlier this year had countered concerns over troubled ventures elsewhere.

“We expect investors to worry about the projects’ value,” Al Stanton, an analyst at at RBC Europe Ltd., said in a note. Heavier oil is harder to produce and requires more energy to extract and transport.

Tullow struck oil twice off Guyana this year in a drilling campaign that’s been closely watched following earlier finds in the area by Exxon Mobil Corp. Tullow’s success there helped to offset concerns over its operations in Africa, where technical difficulties have hampered output in Ghana and projects in Uganda and Kenya have faced delays.

“The commerciality of both discoveries is still being assessed and our options are being reviewed,” Tullow spokesman George Cazenove said Wednesday. “The quality of the reservoir and the significant over-pressure are positive, and while oil of this type is sold in global markets, we need to do more work on the various parameters.”

Tullow also reduced its 2019 oil-output forecast on Wednesday, citing the problems in Ghana. It now expects to pump an average of about 87,000 barrels a day this year, down from previous guidance of as much as 93,000 a day.

“Tullow remains confident of the potential across the multiple prospects” in the country’s Orinduik and Kanuku blocks, the London-based company said in a statement. Results from the next well in the drilling campaign -- Carapa -- are expected by the end of the year.

The company forecast full-year capital spending at about $540 million, free cash flow at about $350 million and net debt at around $2.8 billion.

To contact the editors responsible for this story:
James Herron at jherron9@bloomberg.net
Helen Robertson, Amanda Jordan