Trump Wants to Sell 15 Million Barrels From US Oil Reserve 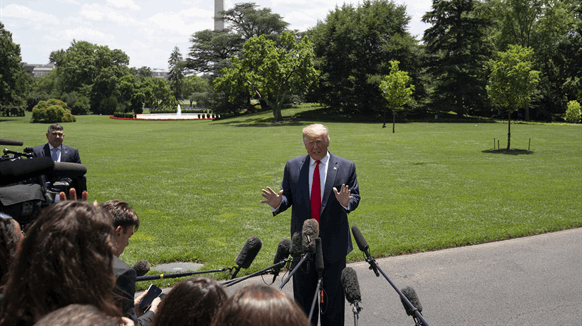 The proposed drawdown would be in addition to about 260 million barrels of congressionally mandated sales through fiscal year 2027.

(Bloomberg) -- President Donald Trump has proposed selling 15 million barrels of oil from the U.S. emergency stockpile as part of his fiscal 2021 budget plan.

The proposal, which requires approval from Congress, would use the proceeds of the sale to fund certain Energy Department activities, including the environmental remediation of an oil field in Elk Hills, California, that was once owned by the government.

The Strategic Petroleum Reserve, the largest government stockpile in the world, was set up after the Arab oil embargo in the 1970s and has been tapped in response to Operation Desert Storm in 1991, Hurricane Katrina in 2005, and Libyan supply disruptions in 2011.

The proposed drawdown would be in addition to about 260 million barrels of congressionally mandated sales through fiscal year 2027 intended to raise money for government programs.

Trump in 2017 called for selling off half the stockpile -- which currently totals 635 million barrels -- to help cut the budget deficit.