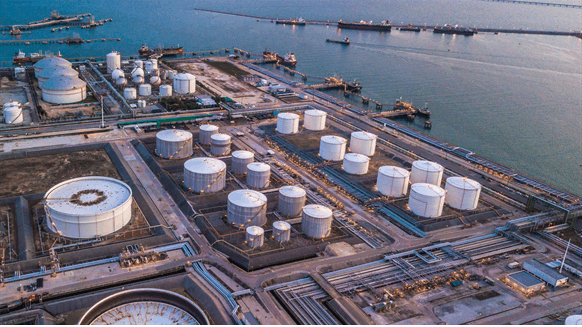 The US Energy Department is negotiating with nine companies to rent about 23 million barrels of oil storage capacity in its SPR.

(Bloomberg) -- The U.S. Energy Department is negotiating with nine companies to rent about 23 million barrels of oil storage capacity in its Strategic Petroleum Reserve as part of a Trump administration bid to help drain the country’s growing glut of crude.

The Energy Department said most of the oil will be delivered in May and June, with the crude distributed into all four of the reserve’s storage sites in Texas and Louisiana. The agency did not say what companies were involved in the deals or detail the terms of their contracts.

“When producing oil, you have two options -- you either use it or you store it,” Energy Secretary Dan Brouillette said in a news release. “Providing our storage for these U.S. companies will help alleviate some of the stress on the American energy industry and its incredible workforce.”

The Energy Department earlier this month offered to lease as much as 30 million barrels of storage to domestic producers that are struggling to find places to keep excess oil amid an unprecedented collapse in demand caused by the Covid-19 outbreak. Of the original total, 22.8 million barrels were marked for low-sulfur crude, and the rest for high-sulfur oil. The tender offering the storage closed April 9.

The final mix and grade of crudes that would be stored under the leasing initiative were not immediately available.

The oil earmarked for storage under the program will be aggregated from small, medium and large producers, the Energy Department said. Companies can schedule return of their crude through March 2021, subtracting what the agency said would be “a small amount of oil to cover the SPR’s cost of storage.”

President Donald Trump has sought to help America’s shale industry after large swaths of the world shut down to stem the spread of the coronavirus, causing demand to crumble. Trump helped broker a deal among the world’s largest producers to cut crude supplies by 9.7 million barrels a day from May, ending a price war between Saudi Arabia and Russia.

The planned oil leasing will consume roughly a third of spare capacity in the Strategic Petroleum Reserve, which was established after the Arab oil embargo in the 1970s to help the U.S. weather supply shocks.

The Trump administration is still seeking to fill up the rest of the reserve, including by buying domestic crude for the stockpile. An initial proposal to purchase as much as 77 million barrels of crude for the reserve was blocked by Democrats in Congress, though another purchase plan may be revived as part of the next stimulus package.

--With assistance from Ari Natter and Stephen Cunningham.

To contact the reporters on this story:
Sheela Tobben in New York at vtobben@bloomberg.net;
Jennifer A. Dlouhy in Washington at jdlouhy1@bloomberg.net

To contact the editors responsible for this story:
Jon Morgan at jmorgan97@bloomberg.net
Rob Verdonck