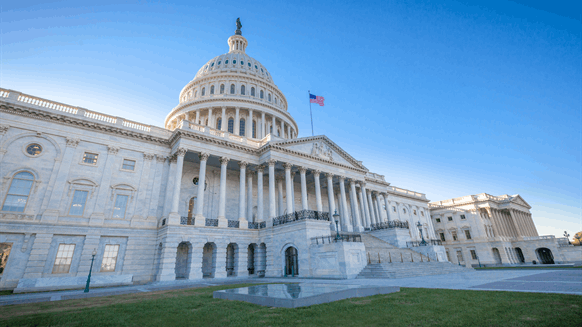 President Trump's nominee for the top US State Department job dealing with matters related to energy and the global oil industry was approved by a Senate committee.

WASHINGTON, May 16 (Reuters) - President Donald Trump's nominee for the top U.S. State Department job dealing with matters related to energy and the global oil industry was approved by a Senate committee on Wednesday, as the United States gears up to re-impose sanctions on Iran's oil exports.

If Fannon is confirmed in a vote by the full Senate, one of his most immediate tasks as assistant secretary of state would be synthesizing reports from intelligence agencies with oil industry data to re-implement sanctions on Iran's oil exports.

Trump announced on May 8 he was withdrawing the United States from the 2015 Iran deal, which removed sanctions in exchange for the Islamic Republic curbing its nuclear program.

Fannon was approved by 19 of the 21 members of the panel with two Democratic senators opposing him. One of the Democrats, Senator Bob Menendez, said Fannon had lobbied against comprehensive climate change legislation and against limits on drilling in the Gulf of Mexico put in place after BP's 2010 Deepwater Horizon disaster, that killed 11 platform workers. "Energy security rests in energy diversification, innovation, and development of zero and low carbon energy sources," Menendez said at the hearing. "The appointment of an oil and gas lobbyist to this position demonstrates a backwards outlook on energy policy."

Before working in corporations, Fannon served as counsel to the Senate environment committee and as an aide to two Republican senators.

In a hearing before the panel's vote, Fannon said that he had drafted provisions of the 2005 energy bill that helped unleash innovation and set the conditions for U.S. energy abundance today.