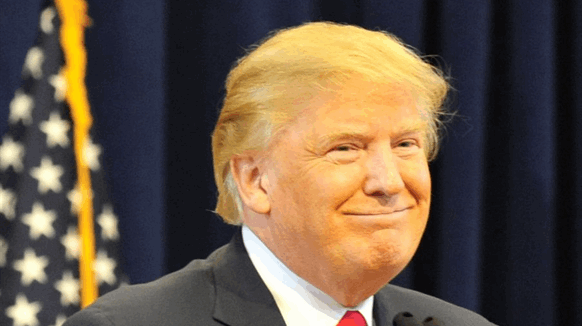 U.S. President Donald Trump resumed his attacks on OPEC, saying the global economy is too fragile to handle a price hike and urging the cartel to "relax and take it easy."

(Bloomberg) -- U.S. President Donald Trump resumed his attacks on OPEC, saying the global economy is too fragile to handle a price hike and urging the cartel to “relax and take it easy.”

Trump’s war of words with the Organization of Petroleum Exporting Countries punctuated big price swings last year, as he pressured the group to keep the taps open to help consumers. Futures in New York declined by the most in two weeks on Monday.

The president’s intervention follows a price rally of about 23 percent this year due to production cuts from OPEC and its allies, diminishing fears about the economic impact of the U.S.-China trade war and Washington’s imposition of sanctions on Venezuelan oil shipments. Now pressure from Trump once again puts Saudi Arabia and the rest of OPEC in a bind.

In terms of recent price action, both the American and international benchmarks have been sitting near overbought territory. The 14-day relative strength index for London-traded Brent futures climbed to near 70 on Friday, a level that marks overbought.

Trump “has been successful at talking the market lower, no doubt about that,” said Bob Yawger, director of the futures division at Mizuho Securities USA. With oil close or in overbought territory, “you needed that spark and that spark was his tweet this morning slamming OPEC more or less.”

Brent for April settlement dropped $1.23 to $65.89 on the London-based ICE Futures Europe exchange. The global benchmark crude was at a $9.70 premium over WTI.

“We might see a less aggressive stance on supply cuts from the Saudis -- this might stop them from cutting deeper,” said Giovanni Staunovo, an analyst at UBS Group AG in Zurich. “But I still think Saudi Arabia has the incentive to see higher oil prices, and deliver the cuts agreed in December,” when OPEC and its partners agreed to remove 1.2 million barrels a day.

The risk to OPEC comes in the form of the so-called No Oil Producing and Exporting Cartels Act, or NOPEC, a bill resurrected by U.S. legislators that would make the organization subject to the Sherman antitrust law used more than a century ago to break up John Rockefeller’s Standard Oil Trust.

Congressional support for the bill intensified last year as oil prices neared a four-year high, and Trump publicly blasted OPEC. In the past, the White House has opposed the NOPEC legislation -- both George W. Bush and Barack Obama threatened to veto it. OPEC’s concern now is that Trump may break with his predecessors.

Trump, before becoming president, didn’t just support the NOPEC bill, he was a cheerleader for it. “We can start by suing OPEC for violating antitrust laws,” he wrote in his 2011 book “Time to Get Tough: Making America #1 Again.”

Trump’s latest tweet comes on the eve of International Petroleum Week, which opens in London on Tuesday. The annual event gathers the who’s who of the oil market for several days of conferences, deal-making and cocktail parties.

The president last tweeted about OPEC on Dec. 5 -- the day before the cartel met in Vienna -- calling on it to “keep oil flowing as is.” However, the group defied his exhortation, announcing a production cut that was deeper than expected.

Saudi Arabia itself has slashed oil shipments to the U.S. to a four-week average of just 515,000 barrels a day, down almost 30 percent from a year ago and approaching the lowest level in a decade. Riyadh is targeting the American market in particular since U.S. weekly data has the power to move prices more strongly than that from other nations.