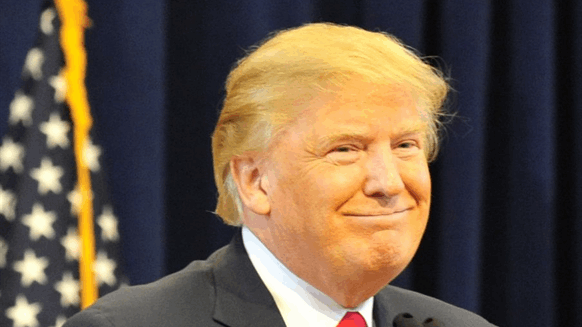 President Donald Trump said OPEC 'is essentially a monopoly,' even as he credited his own 'talent' for having brought down oil prices.

(Bloomberg) -- President Donald Trump said OPEC “is essentially a monopoly,” even as he credited his own “talent” for having brought down oil prices.

“Four months ago, oil hit $83 a barrel," Trump told reporters in the Rose Garden after meeting with Congressional leaders to try and reach a deal on the partial government shutdown. Oil “was heading to $100 and then it could have gone to $125.”

Trump repeated his statement from earlier this week that his efforts made the difference in bringing down the oil price. “After I made some phone calls to OPEC and the OPEC nations -- which is essentially a monopoly -- all of a sudden, it started coming down,” he said. "Didn’t happen by luck, it happened through talent.”

Trump has previously tweeted that OPEC is a monopoly, including as recently as July and September. Legislation, formally called the "No Oil Producing and Exporting Cartels Act" but known as NOPEC, has been repeatedly introduced in both houses of Congress in recent years that would allow the U.S. Justice Department to file suit against the Organization of Petroleum Exporting Countries. U.S. Assistant Attorney General Makan Delrahim told members of a House Judiciary subcommittee last month that the administration “continues to study” the legislation, which would amend the 129-year-old Sherman Antitrust Act.

OPEC is consulting with lawyers to prepare a strategy to defend against the legislation, people familiar with the matter said in July.

“Whereas until early November President Trump was mainly interested in preventing oil price spikes, afterward his goal shifted to delivering a meaningfully lower oil price,” McNally said in an email.

Ross  |  January 08, 2019
I’ll take Trump everyday and twice on Sunday. Never underestimate this guy, never.
JD Hernandez  |  January 08, 2019
Laughed so hard I was in tears... He really does believe his delusions... Wallows in it like a pig in mud.
ettek  |  January 07, 2019
To all of you laid off and underemployed oilpatch hands that voted for Trump and Republicans for congress. Please read this article twice.
Yinka  |  January 07, 2019
If Trump demands credit for bringing oil down by $10- 15 how much credit should we give Obama presidency for oil dropping down in price by $ 50 - 60?
Ronald A Norris  |  January 05, 2019
Does this fool really think that anyone in the world, or OPEC, seriously believes anything he says.
RELATED COMPANIES
Company: OPEC more info