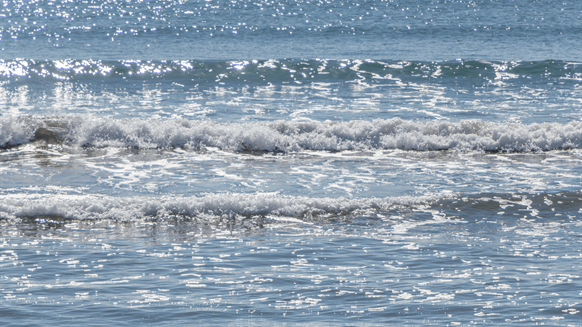 The Trump administration is taking a major step toward allowing a first-in-a-generation seismic search for oil and gas under Atlantic waters.

(Bloomberg) -- The Trump administration is taking a major step toward allowing a first-in-a-generation seismic search for oil and gas under Atlantic waters, despite protests that the geological tests involve loud air gun blasts that will harm whales, dolphins and other animals.

The National Marine Fisheries Service is set to issue “incidental harassment authorizations” allowing seismic surveys proposed by five companies that permits them to disturb marine mammals that are otherwise protected by federal law, according to three people familiar with the activity who asked not to be named before a formal announcement.

The firms, including TGS-NOPEC Geophysical Co. Asa and Schlumberger Ltd. subsidiary WesternGeco Ltd., still must win individual permits from the Interior Department’s Bureau of Ocean Energy Management before they can conduct the work, but those are widely expected under President Donald Trump, who has made “energy dominance” a signature goal.

The seismic surveys to identify oil and gas reserves would be conducted in Atlantic Ocean waters along the U.S. East Coast, from Delaware to central Florida.

The research involves periodic blasts from large compressed air guns, which send out sound waves that penetrate the sea floor. When the sound waves bounce back, they are captured by sensors towed behind seismic vessels. The resulting data is used to produce detailed maps of underground geological features.

Conservationists say the blasts are so loud they jeopardize the hearing of dolphins, cause whales to beach themselves and disrupt animals’ mating and feeding habits. Scientists have warned that the surveys could cause long-lasting damage to marine animals.

The harassment authorizations are expected to lay out steps the geophysical companies must take to mitigate damage to animals, including limitations blocking surveys during the calving season for the critically endangered North Atlantic Right Whale. There are under 500 remaining North Atlantic Right Whales, which travel each winter from their feeding grounds near Canada and New England to warmer waters off South Carolina, Georgia and Florida.

“The seismic air guns are firing blasts that are so loud, they create one of the loudest man-made sounds in the ocean, and they fire every 10 seconds,” said Diane Hoskins, a campaign director with the conservation group Oceana. “The blasts are repeated every 10 to 12 seconds, weeks or months at a time, and the sound travels extremely far in the ocean -- the distance of a flight from New York to Las Vegas.”

Supporters stress that similar seismic surveys are already being conducted for scientific research and help find sites for wind turbines off the East Coast. They argue that despite extensive use, there has been no documented decline in marine mammal populations from the work. And they note that when used to identify potential oil and gas resources, seismic surveys can help energy companies better target later drilling and decrease the odds of sinking more so-called “dry wells” that end up being a bust.

“These activities are exploration activities,” said Nikki Martin, president of the International Association of Geophysical Contractors. “The assessment of the resource is critical; it’s critical knowledge for the states and critical knowledge for the federal government in determining future decisions regarding offshore exploration and development.”

It has been decades since the last seismic surveys for oil and gas along the East Coast -- and those only touched a sliver of the territory the Trump administration is considering for energy development. The Interior Department is developing a proposal for selling offshore drilling rights over the next five years, after putting almost all U.S. coastal waters -- including the Atlantic -- on the table for leasing in a draft plan last January.

If ultimately approved, the seismic surveys would mark another Trump administration reversal of an Obama-era decision in the name of prioritizing domestic energy development.

The Obama administration denied pending seismic applications in January 2017. But Trump sought to streamline government permitting of seismic surveys in an April 2017 executive order. And within days, Interior Secretary Ryan Zinke had issued an order resuming evaluation of the seismic permit applications that had been rejected.

The other companies winning incidental harassment authorizations are CGG Services US Inc., Spectrum Geo Inc. and a unit of ION Geophysical Corp.