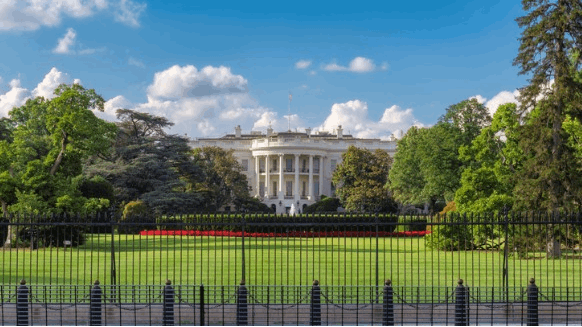 Changes to the National Environmental Policy Act (NEPA) will apply to new oil wells, pipelines, highways and other projects.

(Bloomberg) -- President Donald Trump said his administration is overhauling environmental reviews of infrastructure projects to clear the way for construction to be completed faster, a step environmentalists said will benefit polluters.

“For decades the single biggest obstacle” has been “mountains and mountains of red tape,” Trump said Wednesday at a United Parcel Service Inc. hub at Atlanta’s airport. “We’re doing something very dramatic.”

The administration is rewriting rules for how agencies consider the environmental implications of new oil wells, pipelines, highways, and other projects, limiting both the scope of federal agency reviews as well as what projects must be scrutinized. The White House Council on Environmental Quality had proposed the new procedures under the National Environmental Policy Act in January.

The president has long complained that environmental reviews are too burdensome, and said he wants the federal government to give developers a quick yes-or-no answer about whether their infrastructure projects pass environmental muster. The White House says the new rule will have immediate impact on planned construction efforts, saying proposals like the effort to expand the I-75 highway in Atlanta -- which feeds the UPS hub -- would be permitted within two years, cutting roughly five years off the process.

The president has said he’s particularly eager to get construction projects going as the coronavirus pandemic continues to batter the U.S. economy, and has called for additional funding for infrastructure as part of the next stimulus bill being negotiated on Capitol Hill.

The move was cheered by developers, manufacturers and the oil industry, which said it would help unleash projects and drive an economic recovery.

“Modernizing and clarifying NEPA could not come at a better time for our country, as we are recovering from COVID-19,” said Anne Bradbury, head of the American Exploration and Production Council representing oil producers. “NEPA permitting reforms will allow the U.S. to safely build energy infrastructure, provide job opportunities to American communities, and help expand our national economy.”

Still, the new regulations are likely to face a legal challenge from environmental groups who say the rush to approve projects could weaken a tool used to help protect front-line communities that live next to highways, power plants and other infrastructure.

“This may be the single biggest giveaway to polluters in the past 40 years,” said Brett Hartl, government affairs director at the Center for Biological Diversity, a conservation group that has sued over NEPA violations.

Critics also say the effort could backfire, because streamlined reviews that fall short of its mandates could be struck down in court.

“Even though the president has said that he wants to make this process more efficient and effective, it’s going to make it even worse, because it’s going to create more litigation and uncertainty,” said Sharon Buccino, senior director of the lands division at the Natural Resources Defense Council. “The controversy and the confusion around these projects is going to increase, rather than decrease.”

Historically, the U.S. government has had a strong track record fighting back against claims under NEPA, winning 70% of environmental impact cases filed each year between 2001 and 2013, according to Scott Slesinger of the Natural Resources Defense Council. “But since 2017, this administration has sustained legal setback after legal setback over its rushed, shoddy environmental reviews,” Slesinger said in a Bloomberg Law opinion piece.

Courts have rebuked some of Trump’s oil development plans and thrown doubt on major energy projects, from Keystone XL to the Dakota Access pipeline, after finding the government’s environmental analysis insufficient.

Earlier this month, a Washington, D.C.-based federal judge ordered Energy Transfer LP to shut down its Dakota Access oil pipeline because of problems with the U.S. Army Corps of Engineers’ analysis, though a Washington-based appeals court on Tuesday issued an administrative stay preventing the shutdown order from taking effect.