Trudeau's Oil Pipeline Gets a Win in Court 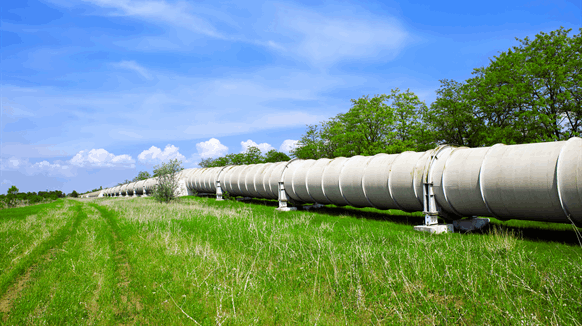 The decision provided optimism that the project may proceed and send a lifeline to the country's ailing energy industry.

(Bloomberg) -- The Canadian government’s plan to expand a major oil pipeline cleared a key legal hurdle, providing optimism that the project may proceed and sending a lifeline to the country’s ailing energy industry.

The Federal Court of Appeals in Ottawa ruled that Prime Minister Justin Trudeau’s government adequately consulted with indigenous communities along the line’s route and that the regulatory review of the project included all necessary elements.

The ruling signals that one of the final remaining major legal challenges to the project may be overcome, which would help keep construction from being interrupted and allow the expanded line to start shipping oil by its 2022 target. However, the ruling is almost certain to be appealed to Canada’s Supreme Court, said David Austin, an energy lawyer at Stirling LLP in Vancouver.

“People should take a deep breath and wait for the outcome of an appeal,” Austin said in an interview before the appeals court’s ruling was released. “The final judicial review rests at the Supreme Court of Canada level, and until it’s weighed in, the process is not over.”

The Trans Mountain project has been highly anticipated by Canada’s oil producers, which have suffered from a lack of pipeline capacity that has weighed on local crude prices and stymied plans to expand output. The project would boost daily shipping capacity by 590,000 barrels, to a total of 890,000 barrels. Expanding the line, which runs from Edmonton to a shipping terminal near Vancouver, also would open the possibility of developing new markets for Canadian crude in Asia and reducing dependence on U.S. refiners.

The Trans Mountain expansion has had a long and troubled history. Amid mounting opposition, original owner Kinder Morgan Inc. threatened to walk away from the project, prompting Trudeau’s government to agree to buy the existing line for about C$4.5 billion ($3.4 billion) in 2018 to salvage the project.

Before that deal had even closed, the appeals court nullified the Trans Mountain expansion’s approval in August 2018, ruling that the project’s regulatory review was flawed because it didn’t examine the effects of additional tanker traffic. The court also said Trudeau’s government hadn’t consulted enough with First Nations along the route.

The Trudeau government then conducted months of additional consultations, and the country’s top energy regulator in February 2019 recommended approving the project again after bulking up its review of the expansion.

The Federal Court of Appeals ruled on Tuesday that the government’s additional consultation was “a genuine effort in ascertaining and taking into account the key concerns of the applicants, considering them, engaging in two-way communication, and considering and sometimes agreeing to accommodations.”

“This was anything but a rubber-stamping exercise,” the court said in the decision. “The end result was not a ratification of the earlier approval, but an approval with amended conditions flowing directly from the renewed consultation.”

The appeals court’s decision may help future energy projects by clarifying how proponents need to engage with First Nations affected by their operations, said Vivek Warrier, the co-head of the energy industry team at Bennett Jones LLP in Calgary.

“It will put down a marker, from a long-term perspective, as to what consultation needs to look like,” Warrier said in an interview before the ruling was released. “From a legal perspective, we’d love to have a bright line drawn by the Federal Court of Appeal saying what is required and if you’ve met that threshold, then you’ve undertaken adequate consultation.”

--With assistance from Erik Hertzberg.

To contact the reporters on this story:
Kevin Orland in Calgary at korland@bloomberg.net;
Theophilos Argitis in Ottawa at targitis@bloomberg.net