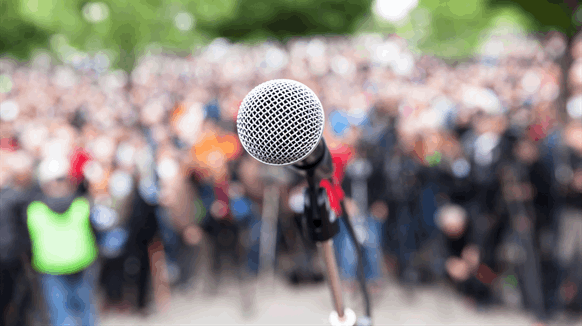 Indigenous-rights protests that have brought rail traffic to a halt across Canada drag on.

(Bloomberg) -- Prime Minister Justin Trudeau called for patience and dialog as indigenous-rights protests that have brought rail traffic to a halt across Canada drag on.

Blockades in British Columbia, where some hereditary chiefs oppose a new natural gas pipeline by TC Energy Corp., and solidarity protests along the key Montreal-to-Toronto corridor in Ontario forced Canadian National Railway Co. to shut down a large part its network last week.

The crisis has stalled the flow of goods -- including oil for export and propane needed for heating -- in the sprawling, trade-dependent nation and prompted Via Rail, Canada’s primary intercity passenger service, to cancel nearly all trains.

“On all sides, people are upset and frustrated. I get it,” Trudeau told lawmakers Tuesday morning in Ottawa, where he’s facing calls to intervene in the dispute.

“To the Wet’suwet’en and Mohawk nations, and indigenous leaders across the country: We are listening,” the prime minister said. “We are not asking that you stop standing up for your communities, your rights and for what you believe. We only ask that you be willing to work with the federal government as a partner in finding solutions.”

Trudeau had planned to spend the first part of this week lobbying Caribbean leaders to back his bid for a seat on the United Nations Security Council. But he was forced to scrap that trip late Sunday and convene an emergency meeting of key ministers in Ottawa on Monday.

His government has prioritized improving relations with First Nations, and is leery of actions that could spark a repeat of violent clashes between the authorities and indigenous communities in the past.

“To those who would want us to act in haste, who want us to boil this down to slogans and ignore the complexities, who think that using force is helpful: It is not,” Trudeau said.

Those comments appeared to be a response to Conservative Leader Andrew Scheer, who called last week for the prime minister to order the Royal Canadian Mounted Police to clear the protests.

The opposition leader minced no words in his assessment of Trudeau’s remarks.

“That was the weakest response to a national crisis in Canadian history,” Scheer said in the legislature, denouncing the prime minister’s speech as “word salad” in the place of a credible plan.

To contact the reporter on this story:
Stephen Wicary in Ottawa at swicary@bloomberg.net

To contact the editors responsible for this story:
Theophilos Argitis at targitis@bloomberg.net
Chris Fournier