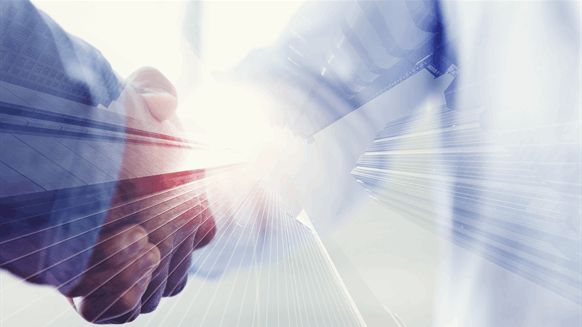 A truce was reached in a dispute over a natural gas pipeline in western Canada.

(Bloomberg) -- A truce was reached in a dispute over a natural gas pipeline in western Canada, easing tensions for now as government leaders remain wary of intervening on the side of either the company or indigenous protesters.

Coastal GasLink workers will be able to access a bridge that had been barricaded, so long as a nearby protest camp isn’t dismantled, the Canadian Press reported, citing comments from one of the chiefs. Prime Minister Justin Trudeau also said Wednesday there had been a resolution. “This is how this is supposed to work,” he told a town hall event in the Pacific coast province.

The standoff is emblematic of the challenges such projects face in Canada. Policy makers are grappling with complicated questions about energy, traditional indigenous land and the role of the federal and provincial governments in trying to balance resource development and aboriginal rights.

British Columbia Premier John Horgan had given little sign his government was ready to intervene in a contentious blockade, shying away from condemning the indigenous group that had defied a court order to remove barricades.

“There is no quick fix to resolving issues that go back to 1876 and beyond,” Horgan said Wednesday, referring to the year of Canada’s Indian Act and the thorny legacy created in the province, where most First Nations have never formally ceded jurisdiction of their ancestral lands. “We recognize the right of individuals to protest.”

But he also acknowledged that the project, LNG Canada, had met every requirement to proceed and had the support of all 20 First Nation groups along its corridor, including the Wet’suwet’en on whose lands the blockade is taking place. “We believe that LNG Canada has met the obligations that we asked them to achieve.”

The blockade underscores how hard it’s become for Canada to clear the way for sanctioned energy projects -- even those blessed by all levels of government and elected indigenous leaders. When Shell and its four Asian partners agreed to invest last October after a decade of negotiations, the project was feted as the blueprint for how industry should work with First Nations.

Yet in the months since, a group of holdouts have erected barricades on a public road, preventing TransCanada Corp. from working on the 420-mile (676-kilometer) Coastal GasLink pipeline that will supply the export facility. The protesters ignored a November court order to allow access.

“It’s important to understand that construction time lines require us to gain access to the area and begin activities as soon as we safely can to keep the current construction schedule and time lines in place,” Jacquelynn Benson, a spokeswoman for Coast GasLink, said by email. “Any delays to that would affect our ability to meet those dates.” LNG Canada didn’t immediately respond to a question about delays to the project.

Indigenous leaders, including a former Wet’suwet’en elected chief, have lamented the blockade for threatening a project that offers rural communities their best shot at economic development. Yet since Monday, when police arrested 14 people to enforce the court order and restore access, protests have flared up across the nation in support of the blockade.

Trudeau, speaking Wednesday in Kamloops, said a number of indigenous leaders support the project. and that a deal had been reached.

“They have actually just removed the barricade, they did that this afternoon,” Trudeau said late Wednesday, without identifying who removed it. “There are lots of questions about what happened there, and people will be looking into those.”

In an October interview, Horgan credited LNG Canada’s success to its aboriginal support, contrasting to Trans Mountain, the oil pipeline bought by the federal government from Kinder Morgan Inc. Shell was able to reach agreements with all aboriginal groups, whereas “Trans Mountain was not,” he’d said. “I think that speaks for itself.”

Three months later, it’s not clear that made such a difference.

“British Columbia is unique in Canada -- we have unceded territory and in every corner of the province we have court ruling after court ruling,” Horgan told reporters Wednesday, saying he’d spoken to Trudeau about the impasse. The project, he said, “highlights the challenges of reconciliation.”

Lyle Summerfield  |  January 11, 2019
There are JOBS to come out of this pipeline! Let's get the local people employed. Don't they know that this is a time to get employment and have money to support themselves! Safe guards will be in place to keep all from harm. Think of all the tax base that this will generate! Good schools, roads, shopping areas., the list goes on! This LNG plant will bring JOBS also!
RELATED COMPANIES
Company: Royal Dutch Shell plc more info