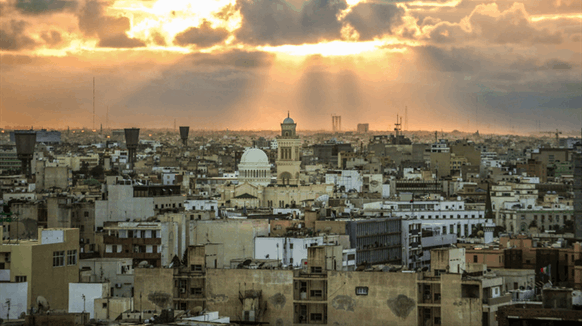 Libya's most powerful military leader said the state oil company in Tripoli has the sole right to sell the nation's crude.

(Bloomberg) -- Libya’s most powerful military leader said the state oil company in Tripoli has the sole right to sell the nation’s crude, a statement that might ultimately help stabilize production that has swung wildly for almost a decade because of ongoing conflict.

The National Oil Corp., or NOC, in Tripoli has the “exclusive” right to export Libya’s crude, Eastern commander Khalifa Haftar said in a written response to questions from Bloomberg News. His remarks are telling because at one stage last year, he briefly handed control of key ports to another NOC based in the east of the country.

Haftar pledged to continue to protect oil facilities while urging the state oil producer not to use its resources to “support terrorists and armed militias, and to avoid interfering” with his army or working against it. He denied accusations that his forces seized NOC airports, while retaining the right to use them if needed.

Haftar began an offensive on Tripoli in April. Mustafa Sanalla, the chairman of the NOC in the Libyan capital, said in May that continued fighting could obliterate oil output, the country’s main source of revenue. Libya is divided between two rival governments with troops vying to control a country that holds Africa’s largest proven oil reserves.

“Sale of oil is an exclusive” jurisdiction of the Tripoli NOC, Haftar said. “The issue of selling crude is governed by a number of laws and binding legislations.”

Efforts to broker a cease-fire between the factions have failed. This week was unusually violent after an attack on a detention center in Tripoli killed at least 44 people in what the United Nations envoy called a war crime.

The UN-backed government in Tripoli accused Haftar of ordering the strike. Haftar’s army said the Tripoli-based government was to blame, the pan-Arab TV channel Al-Hadath reported.

The conflict is rapidly turning into another regional proxy war, pitting Egypt and the United Arab Emirates against Turkey.

Libya is producing about 1.3 million barrels of oil a day, according to Sanalla, the highest level in six years. He has repeatedly warned of a potential collapse in output due to the conflict. Output has been among the most volatile of any producer in the world since the overthrow of dictator Muammar Qaddafi in 2011.

The OPEC member’s oil production plunged by 800,000 barrels a day within a matter of days last June, when eastern officials blocked tankers hauling Tripoli-sold cargoes from loading, leading to the closure of eastern ports. Forces loyal to Haftar initially handed the facilities to the eastern NOC, which is based in Benghazi. Libya lost almost $1 billion in revenue before Haftar passed the terminals back to the Tripoli NOC.

“The biggest fear of some countries, specifically those concerned with the global economy, is the effect of military operations on the oil industry,” Haftar said. “Reality has proven that those fears are unwarranted.”

To contact the reporter on this story:
Hatem Mohareb in Benghazi at hmohareb@bloomberg.net

To contact the editors responsible for this story:
Nayla Razzouk at nrazzouk2@bloomberg.net
Alaric Nightingale, Amanda Jordan