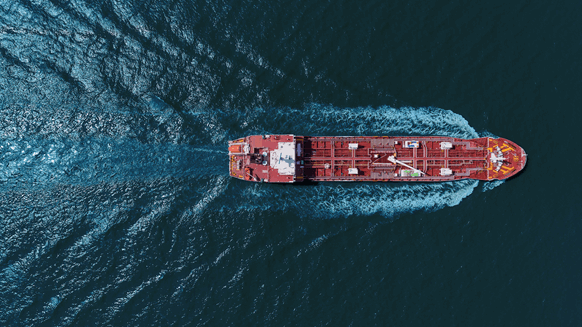 The industry is dealing with an oil glut that's emerged since the outbreak of the coronavirus in China.

(Bloomberg) -- Three of the world’s largest oil traders are seeking to store crude on tankers at sea as the industry tries to deal with a glut that’s emerged since the outbreak of the coronavirus in China.

Vitol SA, Royal Dutch Shell Plc and Litasco SA are among firms asking about hiring supertankers for storage purposes as a sharp drop in Chinese demand due to the coronavirus prompts requests for cargo deferments, according to people familiar with the matter, shipbrokers and oil traders. Two oil tanker owners said last week that there was rising demand to store, without identifying the companies making the requests.

While the emergence of floating storage will come as little shock to an oil market whose main source of demand growth -- China -- has been hit hard by the virus outbreak, it shows the scale of the buying weakness in the Asian country. Storing doesn’t look profitable on paper and keeping barrels at sea would normally be more expensive than land-based options.

For Shell and Vitol, the requests are simply to find ships to store barrels for a several weeks or months. Traders sometimes ask for regular cargo charters to include storage options. Officials from all three companies declined to comment.

It’s not clear if any of the companies has booked a vessel yet, and traders will sometimes ask for prices to calculate the viability of a trade.

Chinese refiners have cut the amount of crude they’re turning into fuels by about 15% -- a reduction of about 2 million barrels a day -- as the deadly outbreak hinders the movement of people and hits demand for travel. The fall in processing has prompted re-offers for grades such as Brazil’s Lula, as well as West African crudes as buyers try to back out of purchases.

Costs of chartering a very-large crude carrier with capacity of 2 million barrels were $30,000-$33,000 a day, said two shipbrokers. While the 1-month contango structure of about 30 cents per barrel would be insufficient to offset the total cost of chartering the supertanker, it does partly cover the expenses.

--With assistance from Sherry Su and John Deane.

To contact the reporters on this story:
Serene Cheong in Singapore at scheong20@bloomberg.net;
Javier Blas in London at jblas3@bloomberg.net

To contact the editors responsible for this story:
Serene Cheong at scheong20@bloomberg.net
Ben Sharples, Alaric Nightingale