Traders Ask Why US Inventory Math Does Not Add Up 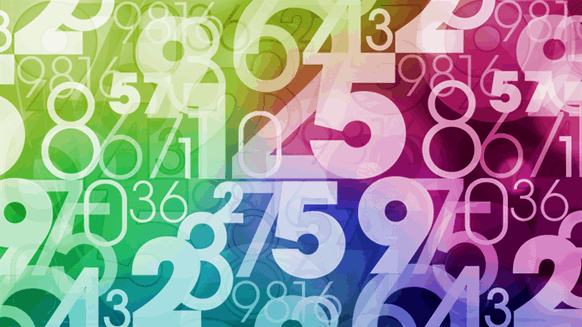 Oil traders and analysts scrutinizing U.S. inventory data for signs of a market recovery are being confronted by an odd situation.

(Bloomberg) -- Oil traders and analysts scrutinizing U.S. inventory data for signs of a market recovery are being confronted by an odd situation: the math just doesn’t add up.

Various government data sets including stockpiles, production, imports and exports are signaling that current official figures on at least some supplies are excessive. While it’s unclear where exactly the discrepancy lies, the difference could potentially signal a more bullish outlook for crude prices as they claw their way back after diving below zero in April.

The excess is showing up in the U.S. Energy Information Administration’s so-called crude supply adjustment factor -- the difference between stockpile numbers and those implied by production, refinery demand, imports and exports. That has averaged negative 980,000 barrels daily over the past four weeks -- the largest in records going back to 2001, and equivalent to more than 27 million barrels.

The adjustment factor tends to swing back and forth, depending on irregularities in various surveys the EIA pulls from for its reports. For these weekly reports, the EIA is not able to collect domestic crude oil production, instead estimating it from its short-term energy outlook model.

Some investors lay the blame for the current discrepancy on U.S. oil production numbers. While daily output fell 700,000 barrels to 11.2 million in May, they believe oil’s plunge into negative territory in April should have led to a steeper decline.

Just last month, consultancy IHS Markit said that U.S. oil producers are in the process of curtailing 1.75 million barrels a day of existing output by early June due to operating cash losses, lack of demand and storage capacity and an unwillingness to sell resources at low prices. Some of that lower production is already becoming evident, according to information disclosed in various company announcements and state data.

While output may be a factor, it’s unlikely the full answer. According to the EIA’s Robert Merriam, the accuracy of its production modeling compared to subsequent monthly data has been good, often within 1-2% in most months.

Since prices started tumbling in March following the collapse of the OPEC+ deal to cut output, the EIA’s weekly data has recorded a production decline of 1.9 million barrels, which he said was substantial compared with historical numbers. And while he’s also seen a wide range of analyst estimates on current production volumes, it’s not clear whether those are comprehensive or extrapolated.

“The adjustment reflects the aggregate uncertainty around each of the supply and disposition elements, and the crude production estimate certainly remains but one potential factor,” Merriam, the director of the Office of Energy Production, Conversion, and Delivery at the EIA, said.

He said that there have also some large weekly swings in reported inventory levels and refinery runs, so all the elements within the crude data are moving around far more than they usually do, adding that “the timing of reporting those could also be driving the adjustment lately, as they always do.”

A year ago, the crude adjustment factor caught the attention of energy enthusiasts when the figure was more than 800,000 barrels a day for four weeks, implying the reverse -- that something in the data was undercounted. The EIA, at the time, had suspected that besides understating oil production, one of the reasons was plant condensate that was associated with natural gas output, but blended into the crude oil stream.

To contact the editors responsible for this story:
Pratish Narayanan at pnarayanan9@bloomberg.net
Catherine Traywick