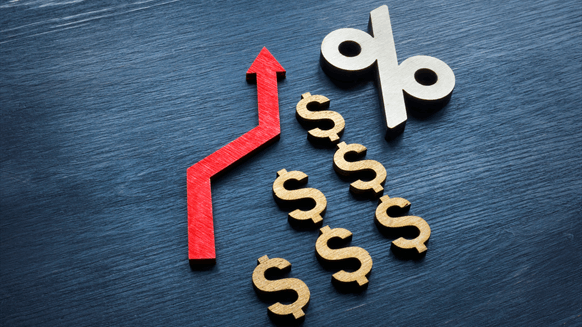 The French company’s profits come at the start of a reporting season that’s likely to revive political pressure as major oil firms rack up profits. The earnings remain at odds with a global economy that’s hurtling toward recession while household energy bills continue to surge.

TotalEnergies’ third-quarter adjusted net income rose to $9.9 billion, more than double compared to a year ago, and beating analysts’ estimates. The company booked a new charge of $3.1 billion related to its assets in Russia, without providing further detail.

In an environment of high oil prices “and an increase in gas prices exacerbated by Russia’s military aggression in Ukraine, TotalEnergies leveraged its integrated model, particularly LNG, to generate results in line with previous quarters,” Chief Executive Officer Patrick Pouyanne said in a statement.

The earnings bonanza and soaring returns to shareholders -- the company said last month it would pay a special 1 euro-per-share dividend in December -- have already prompted European governments to introduce taxes on windfall profits. European rival Shell Plc said it will raise its dividend after reporting its second-highest profit on record.

On its part, TotalEnergies increased rebates at French fuel stations in early September to assuage the government and motorists. However, the discounts have been offset by strikes over pay at refineries this month that have led to shortages and higher prices at the pump in recent weeks.

The company’s gas and power unit reported record adjusted net operating income of $3.6 billion in the quarter, compared with $1.1 billion in the preceding three months. It was driven by a 50% rise in liquefied natural gas selling prices and by “strong performance” in trading, according to the statement.

High oil prices and refining margins also supported the earnings. Despite prospects of a global recession, crude prices have been supported by the OPEC+ decision to reduce production quotas as well as by an upcoming European ban on Russian oil effective Dec. 5, the company said. An extension of the ban on Russia fuels from February is likely to keep refining margins high.

Hydrocarbon production fell 2.5% to 2.67 million barrels per day compared with the second quarter mainly due to maintenance at Ichthys and unplanned shutdowns at Kashagan in Kazakhstan. But TotalEnergies expects output to rebound to about 2.8 million barrels a day in the fourth quarter.