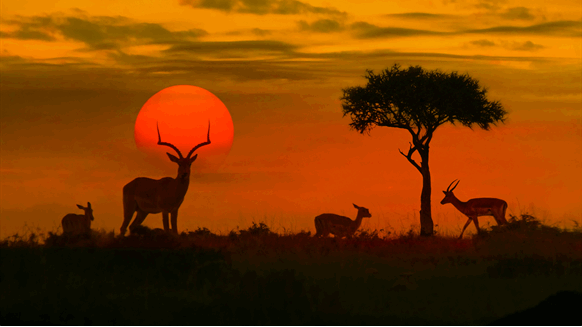 Total SA is to buy shares in 3 Kenyan oil blocks from A.P. Moeller-Maersk.

Britain's Tullow Oil and its Canadian partner Africa Oil discovered commercially viable crude in the Turkana region in the far north of Kenya in 2012. A.P. Moeller-Maersk later bought equity in these blocks.

Full production is expected in early 2021 after completion of a planned $2.1 billion pipeline to transport the crude through the proposed port of Lamu.

Kenyatta's office said Total had committed to the pipeline, prompting the government to agree to a proposal for the French oil major to buy "the issued and to-be-issued share capital of Maersk Oil Exploration International (Mogas Kenya) in respect of Blocks 10BA, 10BB and 13T".

The statement followed a meeting between Kenyatta and Momar Nguer, a member of Total's executive committee and its head of marketing and services.

It did not give any details on the size or value of the proposed transaction.

A spokeswoman for Total said the company will gain access to oil reserves in Kenya after it acquires the Maersk Oil assets.

"Total respects the commitments made by Maersk Oil. Kenyan oil will be shipped via a pipeline in Kenya with the agreement of the government," she said.

Kenya's recoverable oil reserves are estimated at 750 million barrels and considered feasible for production at a price of $55 a barrel.

The spokeswoman added that Total's separate project in neighbouring Uganda's Lake Albert region, which includes a separate pipeline running through Tanzania, has been confirmed and maintained.