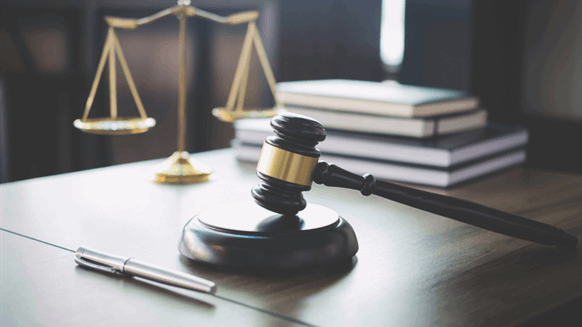 Oil giant Total SA is being sued by 14 local governments and a handful of non-governmental organizations in France for not doing enough to reduce its carbon emissions and fight global warming.

(Bloomberg) -- Oil giant Total SA is being sued by 14 local governments and a handful of non-governmental organizations in France for not doing enough to reduce its carbon emissions and fight global warming.

The legal challenge is the latest sign that the biggest oil companies are coming under increasing pressure from activists, investors and governments to cut emissions as the fight against climate change ramps up.

Local authorities, including from Grenoble near the Alps, are asking a court near Paris to order Total to “recognize the risks generated by its activities and to align itself on a trajectory compatible with limiting global warming to 1.5 degrees Celsius,” Sherpa, an activist group that’s part of the legal action, said in a statement on Tuesday.

“By 2050, Grenoble residents will experience three months of heat waves a year, and snow will continue to disappear in winter,” Grenoble Mayor Eric Piolle said. “We also have a responsibility to push the biggest emitters of greenhouse gases to lead by example.”

The debate over climate change and the role of the energy industry is becoming increasingly heated. Oil companies have faced protests from activists for years, but now even some of their largest investors are urging them to do more.

Total “regrets” that legal action has been taken when “solutions required to meet both the need for energy for all and the climate change stakes require a cooperation of all players,” the company said in an emailed statement. “Total has publicly acknowledged the climate issues for a long time, and take them into account in its strategy.”

The company is targeting at least a 13% reduction in greenhouse gas emissions at its operated oil and gas facilities in the 10 years to 2025. It also has an “ambition” to reduce the carbon intensity of energy products sold to its customers by 15% in the 2015-30 period.

Total has spent billions of dollars to expand in wind and solar power as well as in batteries, and plans to invest as much as $2 billion annually in low-carbon electricity.