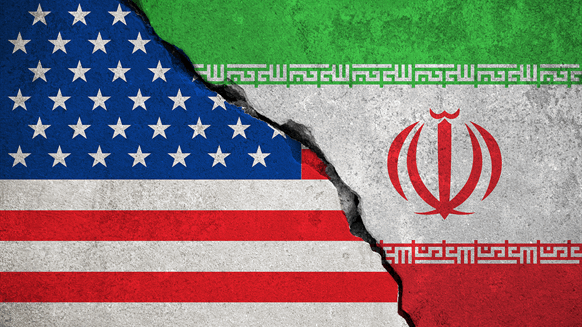 Total says it will not risk investing in Iran following the return of US sanctions, unless it can secure a waiver.

(Bloomberg) -- Total SA said it will not risk investing in Iran following the return of U.S. sanctions, unless it can secure a waiver.

Continuing to do business in Iran would be too great a risk as the company has large operations in the U.S. and depends on the country’s banks for financing its operations, Total said in a statement Wednesday. So the French energy giant won’t commit any more funds to Iran’s South Pars 11 project, in which it took a controlling stake last year.

The comments from Total -- the first Western oil company to sign binding agreements to develop Iran’s oil and gas fields following the end of a previous round of sanctions in 2015 -- illustrate the challenge posed by renewed U.S. restrictions. While the French company was speaking about a natural gas project, its reluctance to continue operating there could equally apply to others that rushed back into sectors from automobiles to aviation and engineering to the oil trade.

“The risks of being on the wrong side of the U.S. government are not worth the benefits of trading with Iran once the sanctions are in place,” said Jason Gammel, a London-based analyst at Jefferies LLC. “Oil companies are not going to be able to invest in the upstream sector, traders and purchasers of Iranian crude are going to have to find other sources, or seek an exemption from the U.S. government to be able to continue buying.”

U.S. President Donald Trump said last week he intends to pull out of an international accord curbing Iran’s nuclear program. The U.S. Treasury has given companies up to 180 days to end dealings with Iran. The European Union, also a signatory to the atomic deal, has pledged to take steps to salvage the accord.

Total said it “is engaging with the French and U.S. authorities to examine the possibility of a project waiver.”

U.S. banks are involved in more than 90 percent of Total’s financing operations, American shareholders represent upward of 30 percent of its investors and the company has more than $10 billion of capital employed in the country, it said.

“The issue is that Iranian transactions can’t be processed though any part of the banking system that needs access to the U.S. dollar,” Gammel said. “There will be niche players who will far more benefit from trading with Iran than risk from the U.S. system, but it’s going to be a very small set of players that are not going to be particularly well capitalized.”

Pulling out of the South Pars project could result in Total losing its stake to China National Petroleum Corp., National Iranian Oil Co. Managing Director Ali Kardor said this month. The French company said it has spent less than 40 million euros ($47 million) on the project so far.

Withdrawing from the South Pars 11 project will also not affect Total’s target to raise the company’s production by 5 percent a year between 2016 and 2022, according to the statement. It had planned to spend the equivalent of $1 billion on the first part of the development, and had projected an output of 370,000 barrels of oil equivalent a day from the Iran fields, making it the largest on its list of a dozen projects to be given the green light in the two years to 2018.

The company didn’t say if these trades will be affected.