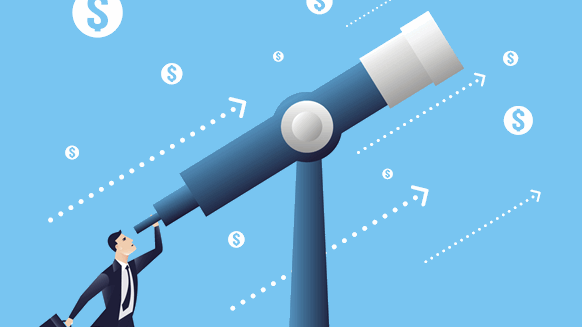 Total is among a growing chorus that sees $100 oil on the horizon, but the French energy giant isn't thrilled about it.

(Bloomberg) -- Total SA is among a growing chorus that sees $100 oil on the horizon. But the French energy giant isn’t thrilled about it.

Chief Executive Officer Patrick Pouyanne sees supportive elements, such as looming sanctions on Iran and disruptions in Venezuela, that are stripping supply from the market and pushing prices back into triple digits for the first time seen since 2014, he said in a Bloomberg television interview.

“I’m not sure it’s a good news” for the global economy, Pouyanne said. “Even for the oil industry, because you know, when price goes too high then you open the door to your competitors” and demand will fall, he said.

While oil’s rally has stabilized an industry pulverized by the 2014 crash, there’s growing concern that it may become a drag on global growth. It could prove particularly damaging for emerging economies, where weakening currencies are making dollar-denominated imports costlier. Meanwhile, competition from new energy vehicles is seen carving out a chunk of future global demand.

Brent crude climbed back above $80 this month for the first time in almost four years as the Organization of Petroleum Exporting Countries signaled it won’t take rapid action to temper prices. Impending U.S. sanctions targeting Iranian oil sales are likely to have a bigger impact on the market than they did last time, BP Plc CEO Bob Dudley said this week.

Major trading house Mercuria Energy Group Ltd. said this week that prices may spike over $100 a barrel in the fourth quarter, while competitor Trafigura Group expects it in early 2019. Not all are convinced, however. Goldman Sachs Group Inc. thinks another supply shock beyond Iran is needed for oil to return to that level.

The U.S. has ruled out releasing oil from emergency stockpiles to prevent prices from spiking when Iranian sanctions start in November. Energy Secretary Rick Perry said to unleash crude from the Strategic Petroleum Reserve would have a “fairly minor and short-term impact” and that other producers can offset the losses.

Any help from OPEC kingpin Saudi Arabia to plug the supply gap will take time, according to Total’s Pouyanne, who said he’d been calling the return of $100 since June.

“In our industry, you don’t push a button and then oil flows,” Pouyanne said. “It’s more complex than that, so it takes time.”

Rudolf Huber  |  September 29, 2018
Big oil starts to understand that high oil prices are their most mortal enemy as they are the fertilizer to alternatives. And with alternatives, I mean everything that's different than oil or potentially reduces consumption. Methane-based mobility is such a thing. It has been around for many decades and is safe and mature. But people don't switch their fuel just because its 15% cheaper. They will - however - give it a real hard look when methane is less than half the price of gasoline or diesel. Never mind the green properties of methane.
Jeremy Dyer  |  September 28, 2018
That's the supply side. On the demand side, Mr Trump is doing his damnedest to bring international commerce to a grinding halt. No commerce, no need for energy. With both sides pulling in opposite directions, the outcome is anyone's guess - and guess is the operative word here. Of course, some of the guessers will always be right and claim divine insight. I'm guessing volatility and big profits for the bookies