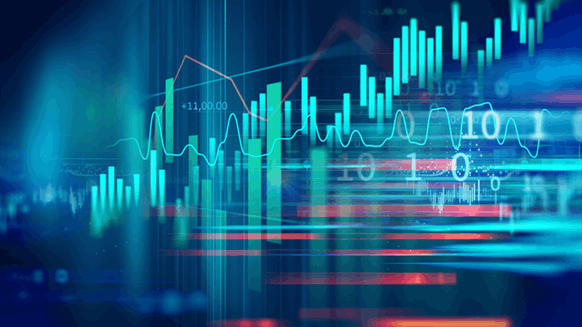 Adjusted net income was almost a fifth lower than a year earlier, but cash flow rose and the French giant went ahead with a planned share buyback. While trade tensions and signs of a global economic slowdown have weighed on commodity prices in recent months, years of cost cuts have improved energy companies’ resilience and they continue to boost shareholder returns.

Total would have been able to cover its expenditures and dividends at an oil price of less than $50 a barrel, well below the current level, Chief Executive Officer Patrick Pouyanne said in a statement on Thursday.

Pouyanne said the company will sell $5 billion of other assets from 2019 to 2020. The move should keep a lid on debt as the French oil major agreed in May to buy the African assets of Anadarko Petroleum Corp. for $8.8 billion. Most of those future divestments will be in exploration and production, including areas with high technical costs such as the recently divested North Sea fields, Total said.

Total’s adjusted net income fell to $2.89 billion from $3.55 billion a year earlier, according to the company, which is based near Paris. Analysts polled by Bloomberg had forecast $2.98 billion on average. The shares of the French company were trading 0.5% higher at 9:18 a.m. in Paris.

Oil and gas production climbed 9% from a year earlier to 2.957 million barrels equivalent a day. Sales of liquefied natural gas more than doubled to 8.5 million tons, due to last year’s acquisition of Engie SA assets and the ramp-up of projects in Australia and Russia.

“The overall picture appears to be on track, with upstream volumes growing by 9% year-on-year, fueled by recent activity and growth projects,” Biraj Borkhataria, an analyst at RBC Europe Ltd., said in a note. He expressed skepticism that Total and peers may divest all upstream assets at “reasonable prices” because of high volume of planned divestments.

Record output wasn’t enough to compensate for a sharp drop in natural gas prices, with key benchmarks in Europe and Asia more than 40% lower than a year earlier. Warm winter weather crimped demand, while additional supplies came onto the market from Russia, Australia and North America.

Other major energy companies are also expected to suffer from the slump in gas prices, with Royal Dutch Shell Plc and BP Plc predicted to report lower earnings next week. Russia’s largest LNG producer, Novatek PJSC, posted a decline in second-quarter revenue on Wednesday, and Norwegian explorer Equinor ASA on Thursday slashed its investment plan for this year as it also reported quarterly earnings that dropped more than analysts had forecast.

Operating cash flow before working capital charges, a measure of oil majors’ ability to keep paying generous dividends and investing in growth, rose 5% to $6.71 billion. Total is on track to complete its $1.5 billion share buyback target this year. Its interim payout was unchanged from the previous quarter at 0.66 euros ($0.74) a share.

To cement future growth, Total agreed in May to buy the African assets of Anadarko, which include a giant LNG project in Mozambique as well as producing oil and gas fields in Ghana and Algeria. Earlier this year, it took a stake in the Arctic LNG 2 project in Russia, reinforced its commitment to Tellurian Inc.’s project in the U.S., and made progress on a venture in Papua New Guinea.

The downstream division, which has been undermined in recent months by a pipeline issue in France and tainted Russian oil supplies in Germany, should benefit from the restart of the Grandpuits and Leuna refineries, the company said.