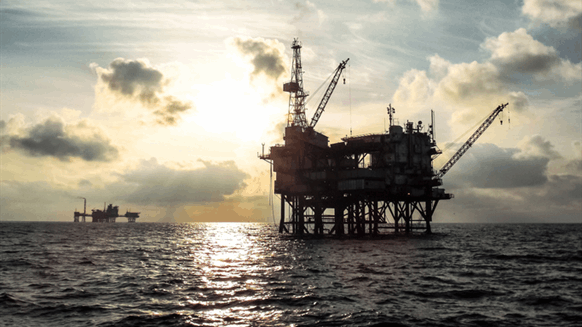 (Bloomberg) -- Europe’s biggest oil refiner is making an unusual foray into the North Sea crude market as a recovery in the continent’s fuel demand gathers pace at a time when the number of cargoes available from nearby producer regions is increasingly becoming constrained.

Total SA this month snapped up 12 out of 14 cargoes that help to set the global Dated Brent benchmark published by S&P Global Platts, data compiled by Bloomberg show. The purchases compare with zero in April and May in a market where the main buyers are typically large trading firms.

While Total’s reasons remain unclear, the deals come at a time when fuel demand is showing clear signs of improvement. That’s helping to further tighten a crude market in which global producers participating in an OPEC+ output pact are already doing everything possible to scale back supply to prop up oil prices. Exports from Russia and Nigeria, two important suppliers for Europe, have plunged by 30% and 15% respectively.

As of early June, France’s road fuel demand was just 10% to 15% lower than where it stood a year ago, a Total spokesman said by phone. That’s in stark contrast with a year-on-year drop of 70% to 85% during the strictest phase of the lockdown, and 30% when the measures were being eased. He declined to comment on the cargo purchases.

Totsa, Total’s trading arm, was active in the North Sea market again on Thursday. It bid for Forties, Brent, Ekofisk and Oseberg crudes, all of which are benchmark grades.

Europe’s energy consumption is “going up quite quickly” and exceeding expectations after lockdowns across the continent were relaxed, Total Chief Executive Officer Patrick Pouyanne said in a virtual roundtable discussion on Wednesday.

As well as being a big refiner, Total is also one of the largest equity holders of West African crude. Typically, more than 100,000 barrels a day from the region flow into its refining system. In the first half of June, tankers hauling the equivalent of just 66,000 barrels a day were showing French ports as their destinations, according to tanker tracking data compiled by Bloomberg.

Flows from West Africa to China reached 1.7 million barrels a day in June, the highest level in a year, tracking data showed. With outright exports in decline because Angola and Nigeria are participating in OPEC+ production cuts, that may be diverting brrels away from Europe’s refineries.

Likewise, tumbling supplies have driven premiums for Russia’s benchmark Urals crude to the highest in years. The grade for delivery to the Dutch port of Rotterdam recently traded at a premium of about $2 a barrel to Dated Brent. That’s also about $1 higher than Forties, the main grade that Total is buying.

It’s very unusual for the North Sea crude to be cheaper than Urals because it contains less sulfur. Because the OPEC+ cuts have been centered on so-called medium sour crudes -- those with average density but relatively high sulfur content, grades such as Urals have been boosted, said Spencer Welch, vice president of oil markets and downstream consulting at IHS Markit.

The “Urals price is strong at present, relative to light-sweet crude because of reduced availability of medium-sour crudes because of the OPEC+ supply cuts,” he said. As such that’s making North Sea and West African grades more attractive to buyers.

To contact the reporters on this story:
Sherry Su in London at lsu23@bloomberg.net;
Francois de Beaupuy in Paris at fdebeaupuy@bloomberg.net