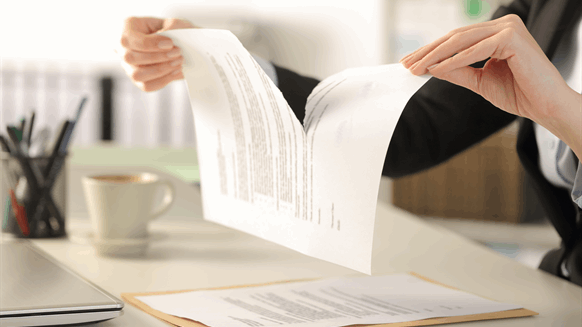 Losing the sale is a setback for Oxy, which had earmarked the proceeds to reduce debt after buying Anadarko for $37B last year.

Total SA abandoned a plan to acquire assets from Occidental Petroleum Corp. in Ghana, walking away after a proposal to buy Algerian projects from the U.S. company also collapsed.

The breakdown of both sales is a setback for Occidental, which had earmarked the proceeds to help reduce debt after buying Anadarko Petroleum Corp. for $37 billion last year. After the Algeria deal was blocked earlier this month, Total Chief Executive Officer Patrick Pouyanne said the French company would continue working on the Ghana purchase, but now had “less appetite” for it.

The decision announced Monday reflects “the extraordinary market environment and the lack of visibility that the group faces,” as well as the “non-operated nature of the interests” in Ghana, Pouyanne said in a statement. The move “provides financial flexibility” to Total.

Because the sale agreement expires in September, Total and Occidental have executed a waiver that allows the Houston-based oil producer to begin marketing the Ghana assets to other third parties, Occidental said Monday in a statement.

“These assets in Ghana are world class and function economically well at low oil prices with upside potential over the long term,” according to the statement.

In August last year, Total and Occidental agreed that the French major would acquire Anadarko’s assets in Africa. Under that deal, the companies have since completed the transfer of assets in Mozambique and South Africa.

The disposal of the projects in Algeria and Ghana was supposed to raise about $5 billion for Occidental, which is on the hook for larger debt repayments beginning next year.

Despite the failure of the deals, Total is making acquisitions elsewhere. In a separate statement on Monday, the company said it had bolstered its position in the Spanish energy market by acquiring 2.5 million customers from Energias de Portugal SA, as well as two gas-fired power plants.

The agreement follows Total’s entry into Spain’s solar market in February with the acquisition of a portfolio of almost 2 gigawatts of renewable-power projects. The latest transaction, based on an enterprise value of 515 million euros ($558 million), will see the company become the fourth-largest supplier of gas and power in the country.

Banco Santander SA advised EDP on the deal, according to a spokesperson for the bank.

--With assistance from Rodrigo Orihuela and Christine Buurma.

To contact the reporter on this story:
Amanda Jordan in London at ajordan11@bloomberg.net

To contact the editors responsible for this story:
James Herron at jherron9@bloomberg.net
Christine Buurma, Simon Casey