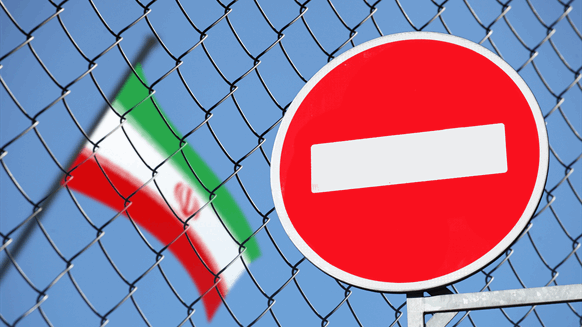 (Bloomberg) -- Sanctions on Iranian oil exports are hitting much harder than most people predicted as the administration of U.S. President Donald Trump takes a tough line on enforcement, said executives from the world’s largest energy traders.

Perhaps 2 million barrels a day of Iranian crude could eventually be lost to the global market, said Jeremy Weir, chief executive officer of Trafigura Group Pte. While other traders including Vitol Group of Cos. and Gunvor Group saw the impact closer to 1 million, that’s still twice as much as most people initially predicted.

"Iranian exports of crude oil will be much reduced,” Vitol Chairman Ian Taylor said in a Bloomberg television interview. That’s largely the cause of the severe “fear factor” in the crude market that’s driven prices up to $85 a barrel, he said.

The traders speaking at the Oil and Money conference in London, which included Gunvor CEO Torbjorn Tornqvist and Glencore Plc’s head of oil and gas Alex Beard, weren’t universal in their predictions for prices. Crude futures at $100 or higher were possible by year-end, said Tornqvist, while Taylor saw the market drifting $5 or $10 lower by January.

“We don’t have a supply squeeze, there’s plenty of oil around” right now despite the sanctions, said Taylor. With current prices, demand could start to weaken, he said.

Efforts by the European Union to preserve the international nuclear deal with Iran by setting up a payment mechanism to circumvent U.S. sanctions won’t help oil buyers, the trading-house executives said.

"I don’t see any chance that the European payments mechanism on Iran could work," said Beard. When asked if there was anything that would tempt oil traders to skirt U.S. sanctions, such as the oil market tightening significantly or Tehran offering discounts, Taylor was emphatic: "No, no, and no."

Beard expected the sanctions to stay in place for a long period as the ultimate U.S. aim was "regime change," which would take time if done by squeezing Iran’s oil revenues.