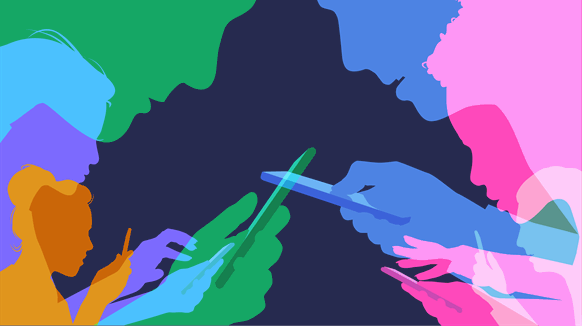 A number of newspapers have reported that policymakers are considering various options to regulate use of personal data by various social media and internet service providers. One of the options mentioned is that of treating the social media companies as “public utilities.” This leads to the question of what criteria has been used in the past to identify a private business as a “public utility” or using another historic term as a “public service” company. Could that criteria be applied to internet social media giants such as Facebook, Amazon, Netflix and Google? These companies are sometimes collectively referred to as “FANG.”

In truth while the literature of the late 19th and early 20th century is replete with discussions of “natural monopoly” theory of regulation the practical attributes creating a need for regulation as a public utility are presented by Bonbright, Danielson and Kamerschen in Principles of Public Utility Rates as:

Nevertheless, two attributes of public utility business have received emphasis in the literature…the first is the special public importance or necessity of the types of service supplied…the second is the possession of specific physical and human assets like utility plants, distribution networks and technical expertise that lead almost inevitable to monopoly or at least ineffective forms of competition.”

Thus, under the Bonbright attributes, state regulatory agencies, usually called public service commissions (PSC) or public utility commissions (PUC), have been empowered by state legislatures, since the late 19th century and early 20th century, to regulate electricity, telephone, natural gas (i.e. traditional utilities) as well as taxis, city buses, railroads, trucking, auctioneers and grain elevators. Note that, for the most part other important or necessary enterprises such as hospitals, bakeries, restaurants, car dealers or other clearly necessary industries have not been regulated as public utilities.

Noting the many necessary industries not regulated, Bonbright’s conclusion is that:

Some already believe that social media companies exhibit both “public utility” attributes thus leading to the “necessity of … regulation”. The FANG companies clearly have “special public importance” and are considered by many, due to their high penetration rates, as “necessary.” They also own tangible and intangible “assets” hard to reproduce and “networks and technical expertise” difficult for competition to develop.

The call for regulation of the FANG companies thus has its basis in two assertions 1) that each company has all or some aspects of a monopoly and 2) that the use of customer data, which is the basis for their business models, has or could cross some threshold of publicly acceptability.

The issues of use of consumer data is one familiar to state PSC regulators. Modern electric and natural gas utilities now collect massive amounts of real time data on customer use from “smart” meters connected via the internet to utility company computers. The utilities charge customers for the electric or gas service delivered, and the rates pre-approved by regulators include an opportunity for a fair profit. Thus, even though the customer data can be mined for valuable consumer lifestyle, appliance ownership, and even medical insights, there is no need to provide the electric and gas utility with any additional revenue streams.

State PSC’s have universally accepted the principle that the consumer is the owner of this data and that utility use of such data will be regulated and limited to uses concerning service safety and reliability.

This is the opposite of the social media corporate model, where there is generally no charge for the use of the service, but the consumer’s data is used to develop revenue streams from advertising and marketing programs. There is also the question of how to handle a “monopoly” that does not charge consumers but does charge its advertisers. Whether one can make a case for “monopoly” on advertising is another collateral issue.

Thus, for social media companies, the FANG group, the regulator would have no rate setting function since there are no charges for “service.” The call for public utility regulation, in this case with respect to the consumer, comes from issues surrounding the use or “misuse” of consumer data.

It would be the regulator’s function to determine standards for what is acceptable and non-acceptable use of consumer data. Creating an attractive vacation package offering tailored to a consumer’s preferences may be acceptable while sending the consumer targeted candidate or issue advertising may not be acceptable to the regulator. In this function the regulator would be applying the law as established by the enabling legislation and further detailed in the ensuing administrative rulemaking.

All in all, establishment of a new regulatory regime could be overkill if use of customer data is the single issue driving calls for regulation. Simple legislation concerning use of consumer data, or extension of current consumer protection laws, could be a more efficient solution to the perceived problem. Finally, we have seen in the 20th century and will likely see in the rest of the 21st century that future competition from new technologies or business models is likely to be a more effective and efficient disciplinary actor than “public utility” regulation.

Branko Terzic is a Washington, D.C.-based managing director with Berkeley Research Group. He is an internationally recognized regulator, management consultant and expert witness in the energy, public utility and infrastructure sectors. He served on the U.S. Federal Energy Regulatory Commission from 1990-1993.