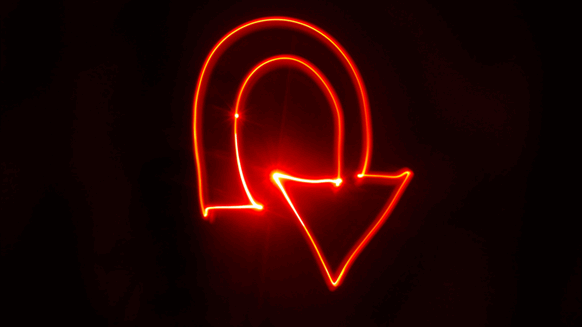 From negative prices to a bull market.

(Bloomberg) -- Every day, traders in London congregate at 4 p.m. to buy and sell North Sea oil for half an hour. The window, as it’s known in the industry, is where competition between the most powerful players in the market sets the price of Brent crude.

Two months ago, every trader wanted to sell cargoes and none were keen to buy. Now the window has transformed into a bull market, where bids outnumber offers 10 to one and prices are surging.

The turnaround reflects the most torrid period in the history of oil.

First, the coronavirus outbreak obliterated demand in China and shattered the oil alliance between Moscow and Riyadh. Next, the global epidemic and destructive Saudi-Russia price war pushed the market to the brink of disaster. The collapse brought the rivals back together for the biggest production cut on record, just as the pandemic ebbed.

The renewed strength of the “physical market” for crude -- where actual barrels change hands between producers, refiners and traders -- is driving a surge in the much larger Wall Street world of oil contracts traded on exchanges in London and New York.

West Texas Intermediate futures rose above $40 a barrel on Friday. That’s a mirror image of two months earlier, when the U.S. benchmark made an unprecedented plunge into negative pricing as storage tanks came close to filling.

Beyond the symbolism of that number for the American market, the oil price curve for Brent -- the range of futures contracts covering the coming months -- shows the international market has transformed too.

It flipped last week into so-called backwardation, with crude for immediate delivery trading at a premium to forward contracts. That shape is a telling sign that refiners that saw demand for their products disappear during the lockdown, are now willing to pay top dollar to secure supplies for their facilities.

In China, oil consumption is now back to pre-pandemic levels, according to official data. It’s still down in countries like Italy and Spain, which were badly affected by the coronavirus, but rapidly recovering in others, including India, Japan, France and Germany.

Global demand fell as much as 30% in late March and early April, when governments locked down entire countries. The scale of the rebound is still hotly debated, but most say consumption is now 10% to 15% below normal levels.

Vitol estimates that oil demand is rising by about 1.4 million barrels a day every week in June -- that’s roughly equal to adding the whole consumption of the U.K. to the market, weekly.

The market isn’t out of the woods yet. In many countries, the first wave of the pandemic is still accelerating, while China had to take drastic measures this week to avoid a second wave taking hold in Beijing.

The continuing influence of the virus on daily life is visible in the uneven nature of the oil recovery. Gasoline is leading the rebound as people choose to drive their cars and avoid public transport. For the first time since the pandemic, the fuel is more expensive for immediate delivery in the U.S. wholesale market than forward contracts, a sign of demand strength.

“We see a V-shape recovery for gasoline,” said Chris Midgley, head of analytics at S&P Global Platts and a former head of oil markets analysis at Royal Dutch Shell Plc.

Yet, diesel, a fuel more closely linked to the business cycle because it powers industries and freight movements, is lagging as the world’s economy tips into recession. Demand for jet fuel remains almost as depressed as it was during the peak of the coronavirus crisis.

Oil consumption doesn’t have to come back in full as long as Saudi Arabia, Russia and the rest of the OPEC+ alliance are cutting production sharply. The group has removed about a 10th of supply from the market, while U.S. and Canadian output has also fallen sharply.

The scarcity created by the Organization of Petroleum Exporting Countries and its allies has pushed prices to unusually high levels even in Europe, a continent only tentatively emerging from lockdown.

Urals, Russia’s flagship export blend, was selling at a $4.60-a-barrel discount to Brent in northwest Europe in late March. Now, refiners are buying the grade at a $1.55 premium, the highest in almost 10 years. Saudi Arabia’s Arab Light crude will sell at a premium of 30 cents a barrel in the region in July, up from a discount of $10.25 in April.

The steep OPEC+ cuts mean that even a weakened global economy is probably consuming roughly as much crude as it’s producing right now. That’s a massive turnround from the March-to-May period, when traders put about a billion barrels of unwanted oil into tanks, underground caverns and even ocean-going tankers.

If OPEC+ manages to make every country stick to its output quotas and demand keeps rising, the world could soon start consuming more oil than it produces.

“There have been encouraging signs of recovery in demand and a rebalancing of global oil markets,” Saudi Energy Minister Prince Abdulaziz bin Salman told a gathering of some OPEC+ ministers last week. “The world economy has embarked on the long journey of easing the lockdowns, but there will inevitably be setbacks and reversals.”

The shrinking of bloated stockpiles can often be a catalyst for rising prices, but it could be a slow process. Additional demand could just as easily be met by just-in-time supplies -- a combination of OPEC+ tapering off its output cuts and U.S. shale output recovering.

Not many traders expect to see $50 a barrel this year. Still, even fewer of them believe that a return to the ultra-low prices of April, when Brent fell to $15.98 a barrel, is likely.

--With assistance from Sherry Su, Alex Longley and Andy Hoffman.

To contact the editors responsible for this story:
Will Kennedy at wkennedy3@bloomberg.net
James Herron, Rakteem Katakey