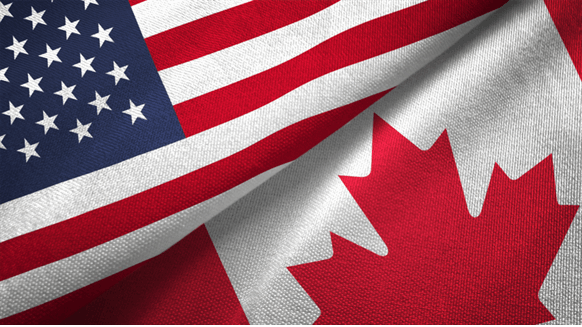 Texas money is flowing into a small corner of Canada's oil sands at a time when big international companies are pulling out.

(Bloomberg) -- Texas money is flowing into a small corner of Canada’s oil sands at a time when big international companies are pulling out.

Rangeland Energy, based in the Houston suburb of Sugar Land, is building a 50,000-barrel-a-day, 85 kilometer (53-mile) pipeline in the Marten Hills area of the Athabasca oil sands in northern Alberta to transport heavy crude from one of Canada’s newest oil plays. The conduit would link the remote location north of Fawcett Lake to the Plains Midstream Canada LP Rainbow Pipeline.

While Marten Hills is located in an oil sands region, producers including Cenovus Energy Inc., Deltastream Energy Corp. and Spur Petroleum Ltd. are employing multilateral drilling techniques used in shale to tap the Clearwater rock formation more than 1,600 feet (490 meters) underground, well below the oil sands that have traditionally drawn companies to the region.

“Our financial backer in Texas has always been interested in establishing a footprint in Canada,” he said. “Our observation is that the political climate is changing and people are feeling that things need to change.”

Investment in Western Canada’s oil patch has been declining since global oil prices started to collapse in 2014. A shortage of export pipelines made things worse last year, causing local crude prices to plunge and prompting the provincial government to impose output caps.

Projects to increase transportation capacity like the Trans Mountain pipeline expansion to the Pacific Coast and Enbridge Inc.'s Line 3 to the Midwest have faced repeated delays from court decisions, regulatory hurdles and local opposition. Last month, Alberta's United Conservative Party of Premier Jason Kenney was swept into power on pledges to fight harder for pipelines.

The Marten Hills area, just east of Slave Lake, is a rare bright spot. The area saw a flurry of grabs a few years ago, including a C$10.15 million ($7.6 million) deal by Scott Land & Lease Ltd. in 2017 that amounted to the single most expensive oil-sands land lease in six years.

Oil production has only reached about 10,000 barrels a day but is poised to expand once the pipeline starts operating next year, Millar said. The area could yield 390 million barrels of oil if just 3% of its crude is recovered, but the nearby Pelican Lake has a 28% recovery rate using the so-called polymer flooding technique where liquid is injected into the ground to force more oil to the surface. Using the same method with similar success, recoverable oil at Marten Hills could rise to 3.5 billion barrels, Millar said. That would be more than the reserves of OPEC member Gabon.

Deltastream, one of the three producers committed to shipping crude on the pipeline, has almost doubled the number of wells it plans to drill by year end to 45, Chief Executive Officer Roger Tang said by phone. The company, which is currently producing 5,500 barrels a day in the area, is seeking to raise output to its commitment on the pipeline of about 11,000 barrels a day, Tang said.

The pipeline is scheduled to enter service in the second quarter of next year with construction starting this fall, Millar said. Three shippers made combined minimum volume commitments of 40% of the system’s capacity. The line will have room for new drillers and Rangeland is already looking at the prospect of an expansion within about three years.

“Our view is that this pipeline is probably going to be a catalyst for the play to develop further,” Briton Speer, Rangeland’s vice president for business development in Canada, said.

To contact the editors responsible for this story:
David Marino at dmarino4@bloomberg.net
Carlos Caminada, Joe Carroll