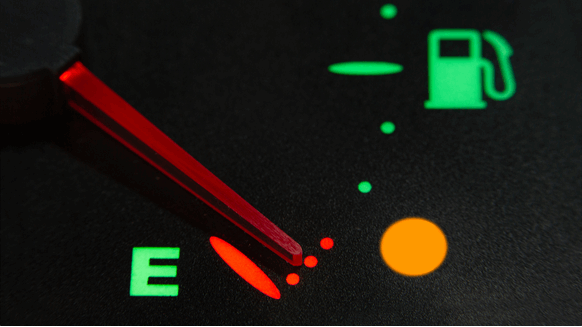 One in every seven Texas gas stations is without fuel a week after the historic freeze crippled refineries and trucking.

(Bloomberg) -- One in every seven Texas gas stations is without fuel a week after the historic freeze crippled refineries and trucking, prompting at least one major retailer in the second-largest U.S. state to seek outside help.

The number of filling stations and convenience stores with empty tanks reached 15% across the Lone Star state as of Wednesday morning, according to the Texas Food & Fuel Association and retail tracker GasBuddy. Shortages are most acute in Lubbock, El Paso and Odessa in West Texas, GasBuddy analyst Patrick DeHaan said in email.

After last week’s historic freeze crippled some of the continent’s largest oil refineries, diesel shortages and impassable roads halted or delayed fuel deliveries to many stations. A large tanker can haul about 10,000 gallons of fuel -- enough to fill 400 pickup trucks.

“We would ask our fellow Texans not to engage in panic buying and be patient with us,” said Paul Hardin, the association’s president. “We missed four days of the trucks getting to stations as we kept our drivers safe and off the roads, and we are in catch-up mode now.”

Outages at gas stations in TX have surged overnight and late last night, with state percentage of stations out now at 15.2% pic.twitter.com/CM6KOyrm7J

​In response to the potential supply crisis, Governor Greg Abbott issued a temporary waiver for refiners to make fuel in compliance with any seasonal specification. Traditionally, the industry is required to make cleaner fuel in the spring and summer to curb pollution, while winter-grade gasoline is cheaper to produce.

The supply pinch was a contributing factor in Wednesday’s jump in gasoline futures to a 19-month intraday high of $1.90 a gallon on the New York Mercantile Exchange.

Hardin said adequate gasoline and diesel inventories are stowed in pipelines and at storage hubs for short-term needs once it can be delivered by truck. But if refinery outages drag on for a full month, Texans will be dependent on supplies from other states, he said.

Love’s Travel Stops and Country Stores Inc. already has begun moving fuel across state lines to its 75 Texas outlets to meet “challenges in the fuel-supply chain,” Brent Bergevin, vice president of transportation, said in an email.

“We don’t expect any long term shortages as with each passing day the gasoline supply should steadily increase since many of the refineries began to restart on Sunday once power and water returned,” said Angie Gildea, leader of KPMG LLP’s U.S. energy, natural resources and chemicals practice.